A draft environmental study published by the City of West Hollywood offers new details – and an updated project timeline – for the proposed hotel and housing complex at the site of the landmark Viper Room. The project, named for its address at 8850 Sunset Boulevard, would rise along the south side of the Sunset Strip between Larrabee Street and San Vicente Boulevard, replacing the Viper Room as well as billboards, parking, and a handful of other small commercial buildings. 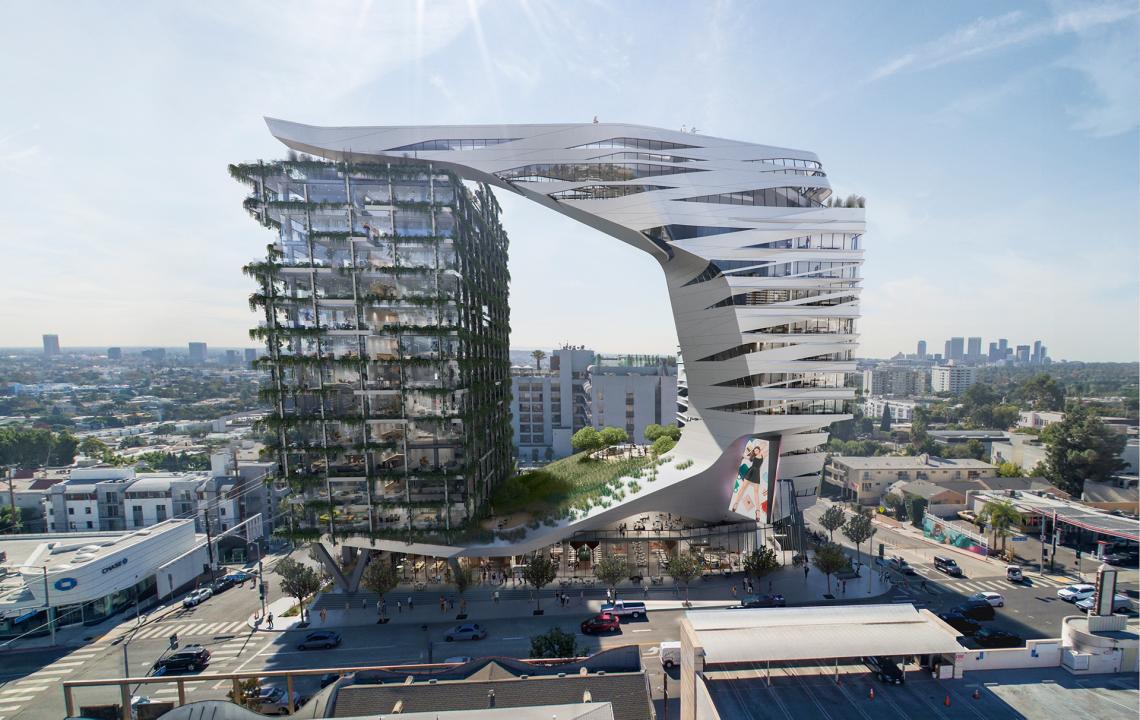 Plans call for the construction of a new 15-story, 240,000-square-foot building featuring a 115-room hotel, as well as meeting space, amenities, retail, and a new space for the Viper Room, as well as 31 market-rate condominiums and 10 units of affordable housing.  A five-level, 180,000-square-foot parking garage would sit below the building, providing storage space for up to 240 vehicles. Silver Creek Development Co., which acquired the project site in 2017 for $80 million, is working with Culver City-based architecture firm Morphosis on the design of the approximately 200-foot-tall building, which would face Sunset Boulevard with a glass facade housing the hotel lobby, restaurant space, digital signage, and the entrance to the Viper Room. 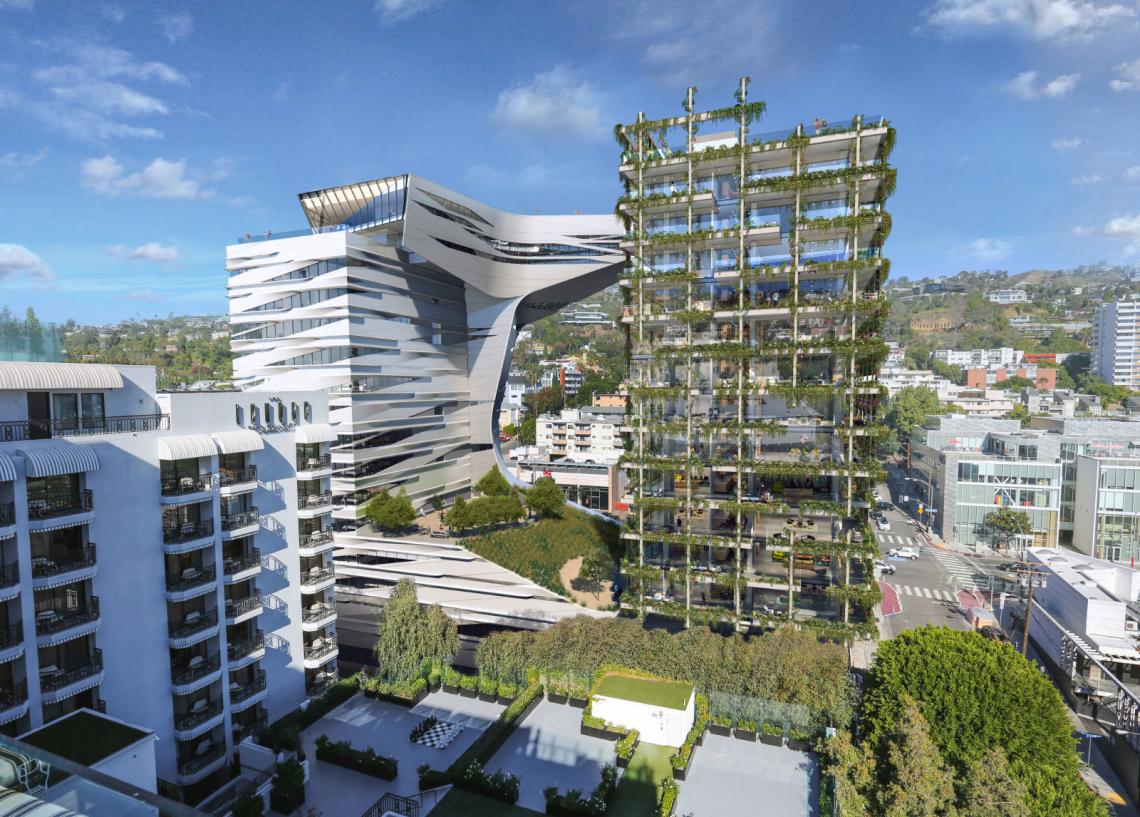 Though it is being built as a single development, the project would in fact include separate residential and hotel buildings located on the east and west sides of the site, framing a 120-foot opening that is the project’s signature architectural element.  A renderings show that the space would include landscaping and a terrace deck. The two buildings would be unified by a bridge structure on the top levels of the building, which would include additional restaurant space, amenity decks, and swimming pools for residents and hotel guests. 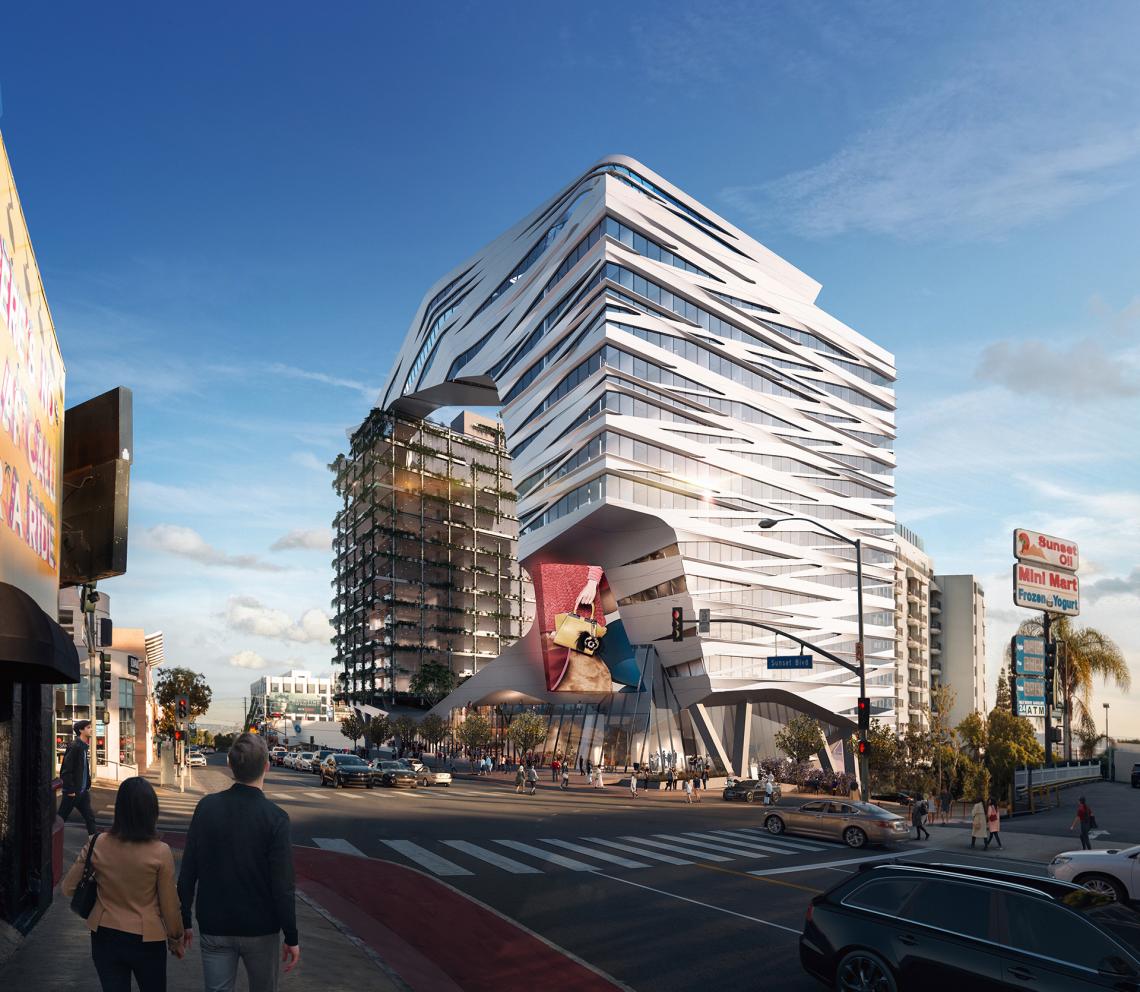 According to a timeline included with the environmental study, construction of 8850 Sunset is expected to begin in 2022 and conclude in 2025.  That represents a roughly one year delay relative to the 2021 groundbreaking date expected at the release of the project’s initial study. That schedule is also contingent on the approval of project entitlements by the City of West Hollywood.  A newsletter released by the 8850 Sunset team at the release of the environmental study estimates that the environmental report is to be finalized in early 2022, with a Planning Commission hearing expected afterward. 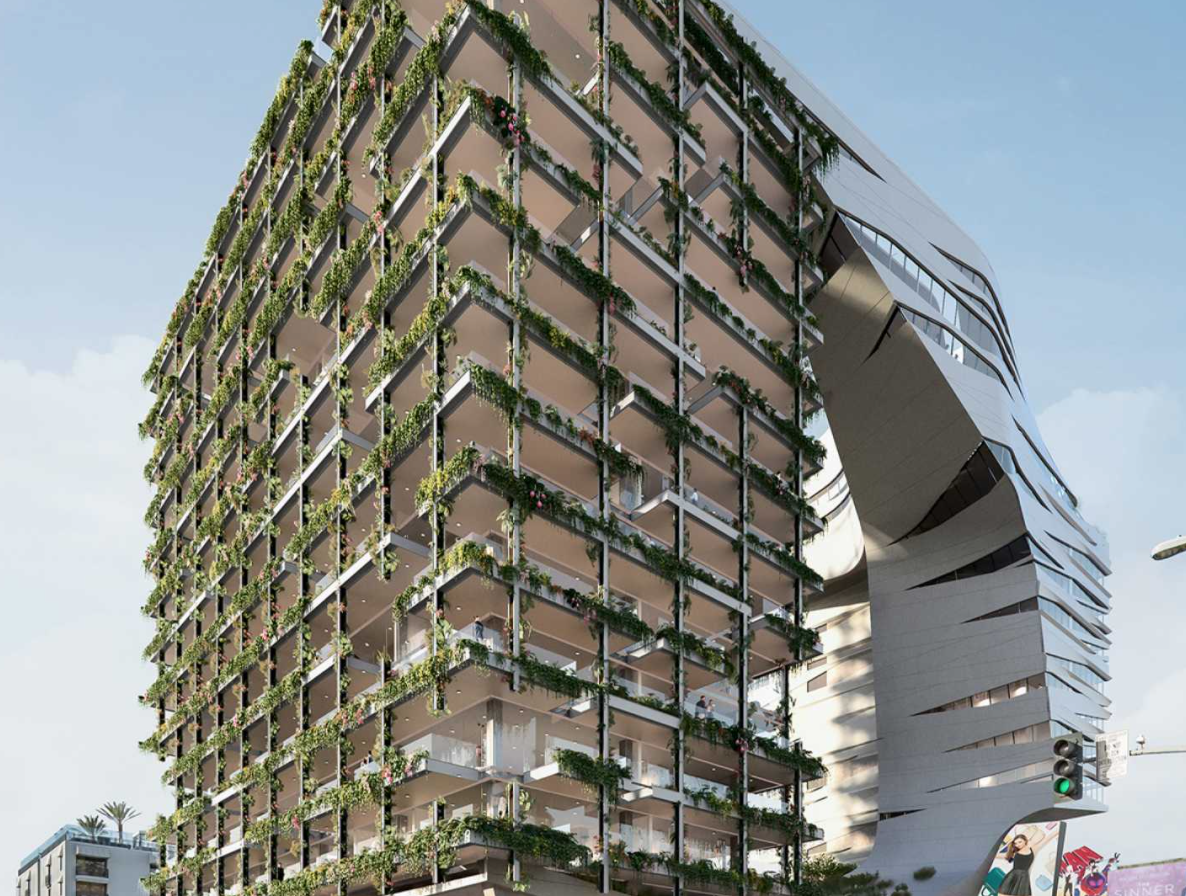 The project is perhaps the most visually striking of a series of recent hotel-condominium projects planned for the Sunset Strip, following the recently-completed Edition Hotel & Residences and the Pendry Hotel & Residences.  Additional projects are also in the works at 8240 and 9034 Sunset Boulevard.