Between rising water levels and global migration to cities, architects and designers need to critically reimagine the relationship between coastal landscapes and public space. Cities are facing entirely new risks and environmental conditions. Resiliency, infrastructure, and ecology are increasingly common terms, reflecting the growing demand to address the spatial and formal challenges faced by cities worldwide. Rethinking boundaries and edges, designers have unique opportunities to help shape public understanding of these conditions through waterfront parks.

Embracing the shoreline and raising awareness of our oceans’ dynamic nature, waterfront parks straddle the liminal spaces between cities and the sea. While coastal cities often include beaches and expansive areas to enjoy the water, comprehensive and flexible design plans are rare. The following designs draws together a number of waterfront parks that explore novel spatial strategies at various scales. With contemporary landscape approaches and engaging civic amenities, these projects celebrate culture while proposing new ways to experience our urban waterfronts. 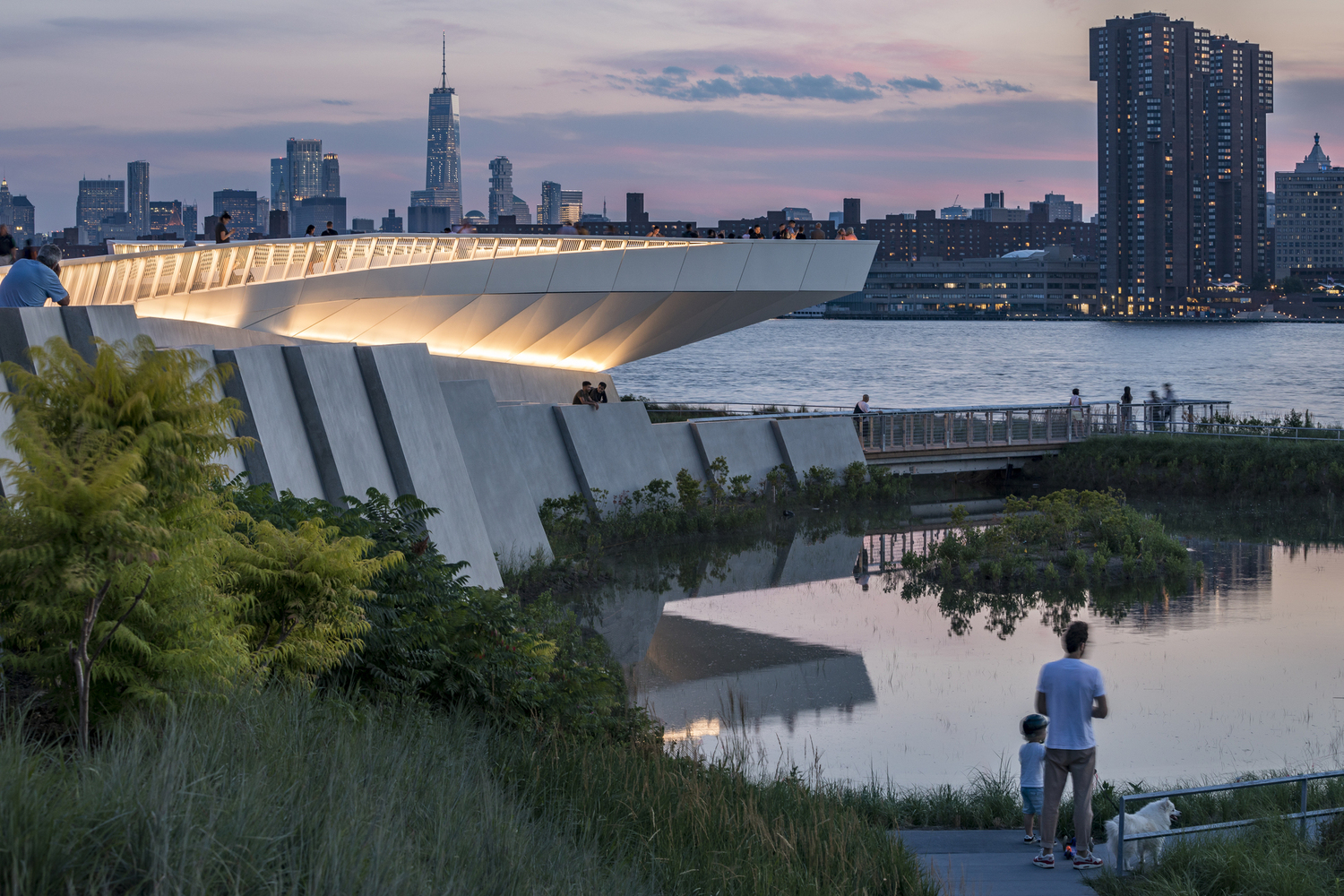 Hunter’s Point South Waterfront Park Phase II transforms 5.5 acres of an abandoned industrial landscape into a new waterfront park. Phase II of the park begins south of 54th Avenue and wraps around Newtown Creek to complete the full vision of Hunter’s Point South Park initiated with the Phase I park, resulting in nearly 11 acres of a continuous waterfront park. A trail meanders along the causeway, elevated slightly above the river, a stroll of shifting perspectives of the skyline and close-ups of the marsh habitat along the river’s edge and protects nearly 1.5 acres of newly established wetlands. 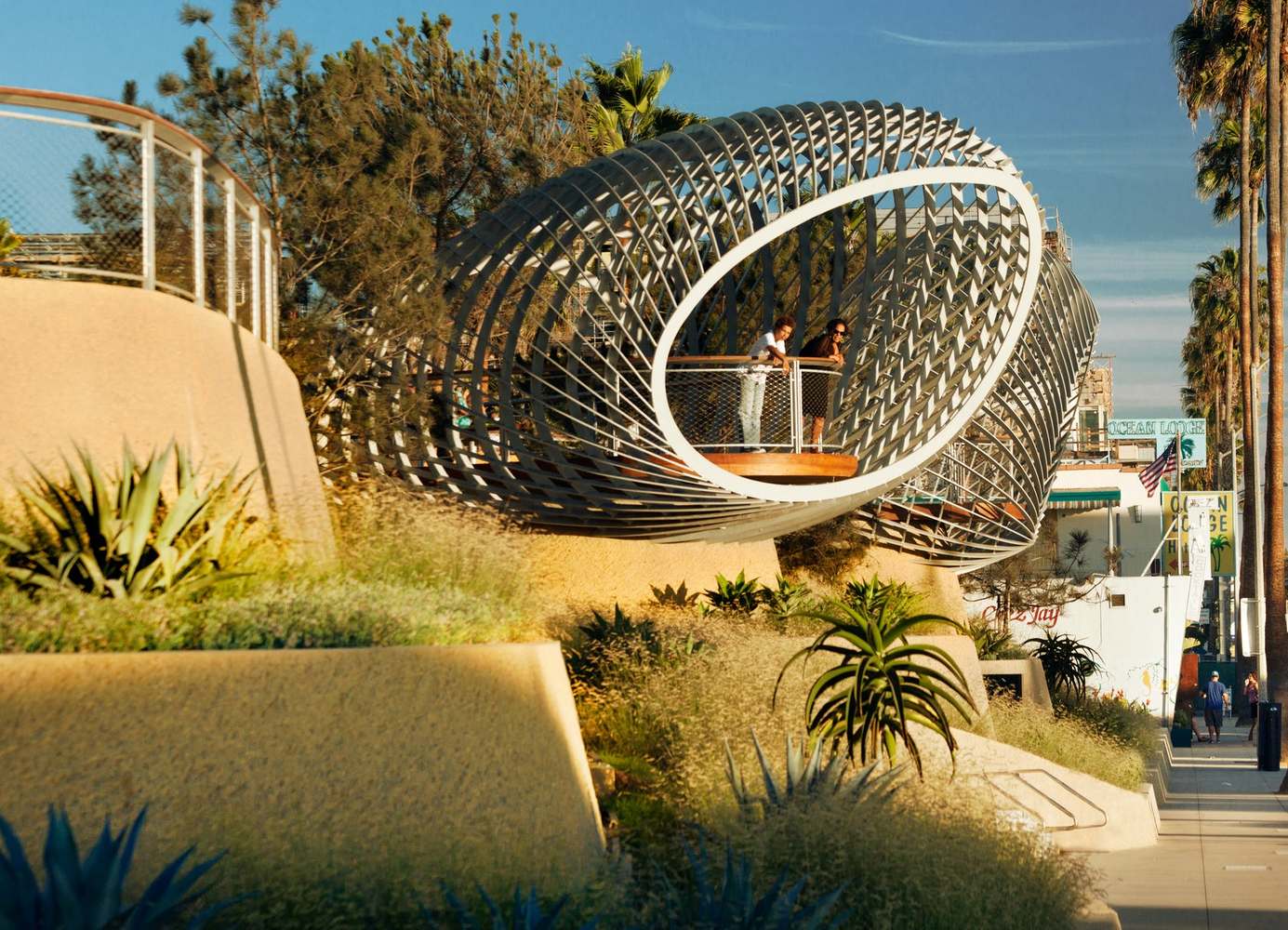 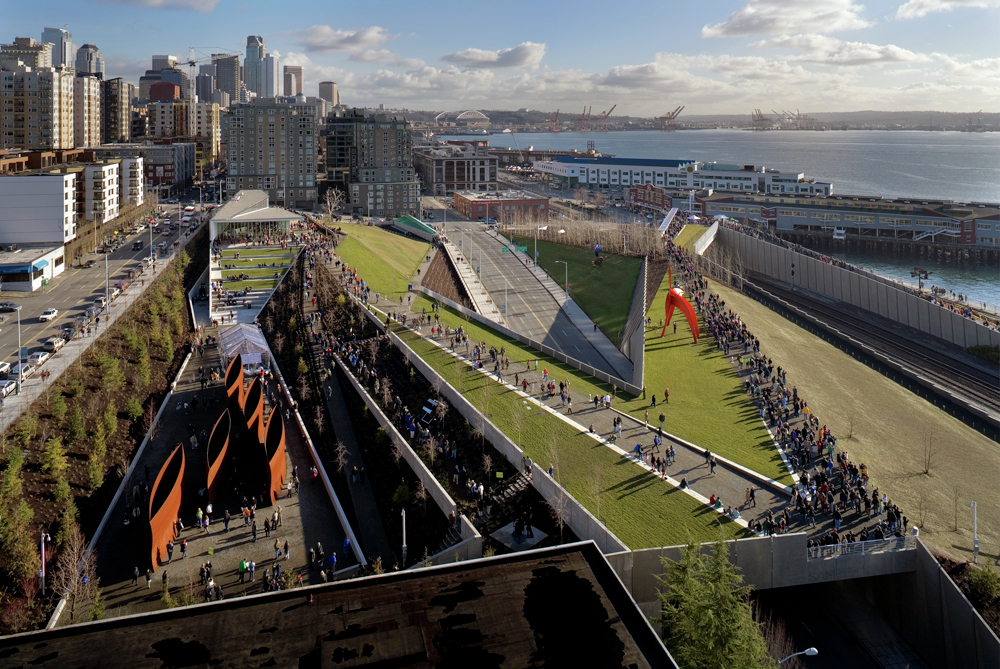 Envisioned as a new urban model for sculpture parks, this project is located on Seattle’s last undeveloped waterfront property – an industrial brownfield site sliced by train tracks and an arterial road. The design connects three separate sites with an uninterrupted Z-shaped “green” platform, descending forty feet from the city to the water, capitalizing on views of the skyline and Elliott Bay, and rising over existing infrastructure to reconnect the urban core to the revitalized waterfront. 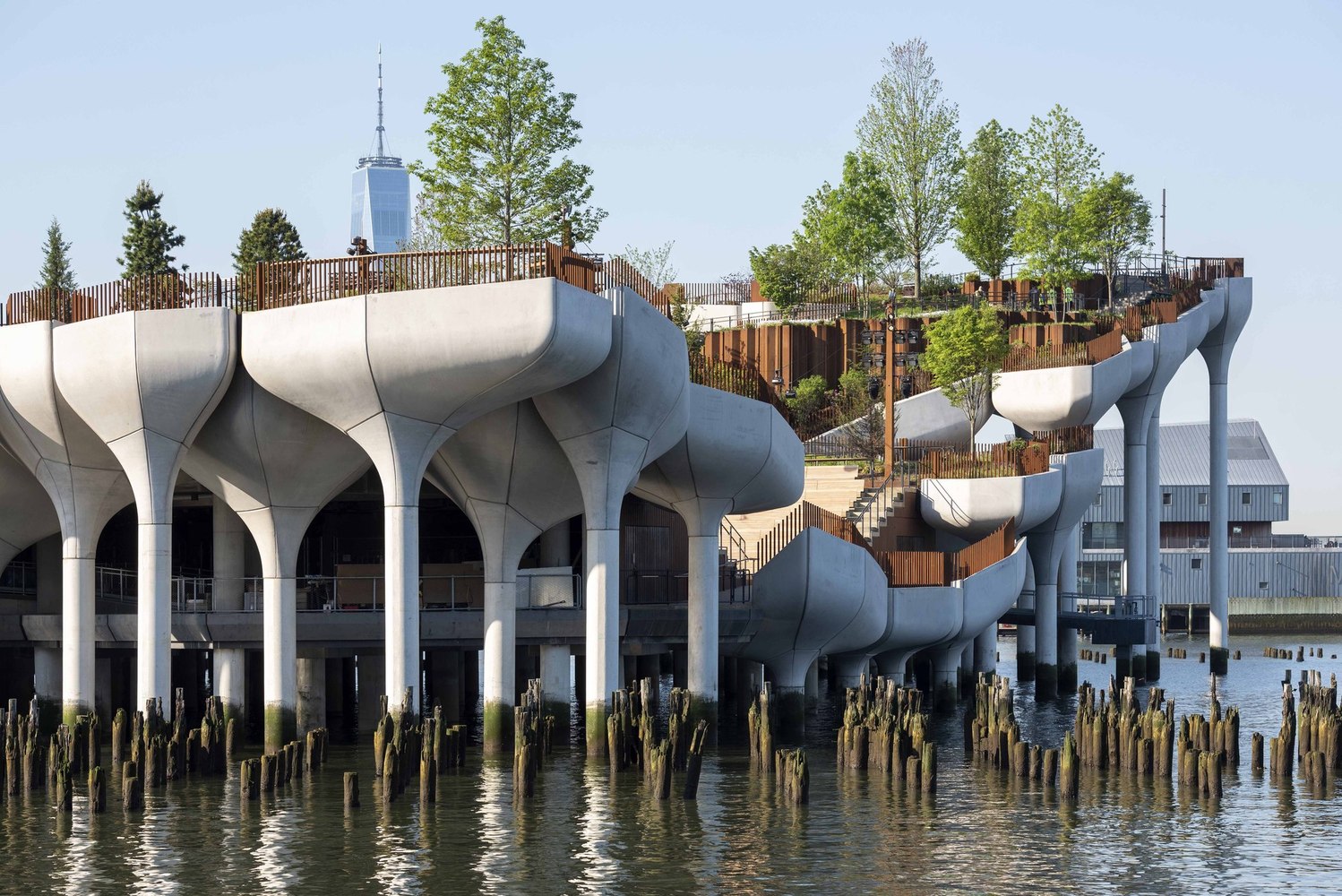 Little Island is a public park that shelters three new performance venues on the Hudson River. Designed as a haven for people and wildlife, it is a green oasis, held above the water by sculptural planters, and located just a short walk across a gangplank from Manhattan’s Lower West Side. In contrast to the flat streets of Manhattan, the design team wanted to create a new topography for the city, which could rise up to shape a variety of spaces.