Surprisingly perhaps, Google has never created its own new headquarters from scratch, choosing to take up residence in preexisting buildings instead – until now, that is. Designed by Bjarke Ingels Group (BIG) and Heatherwick Studio, with input from Google’s own designers, the Google Bay View campus has impressive sustainable design features, including a “dragon scale” solar panel roof. 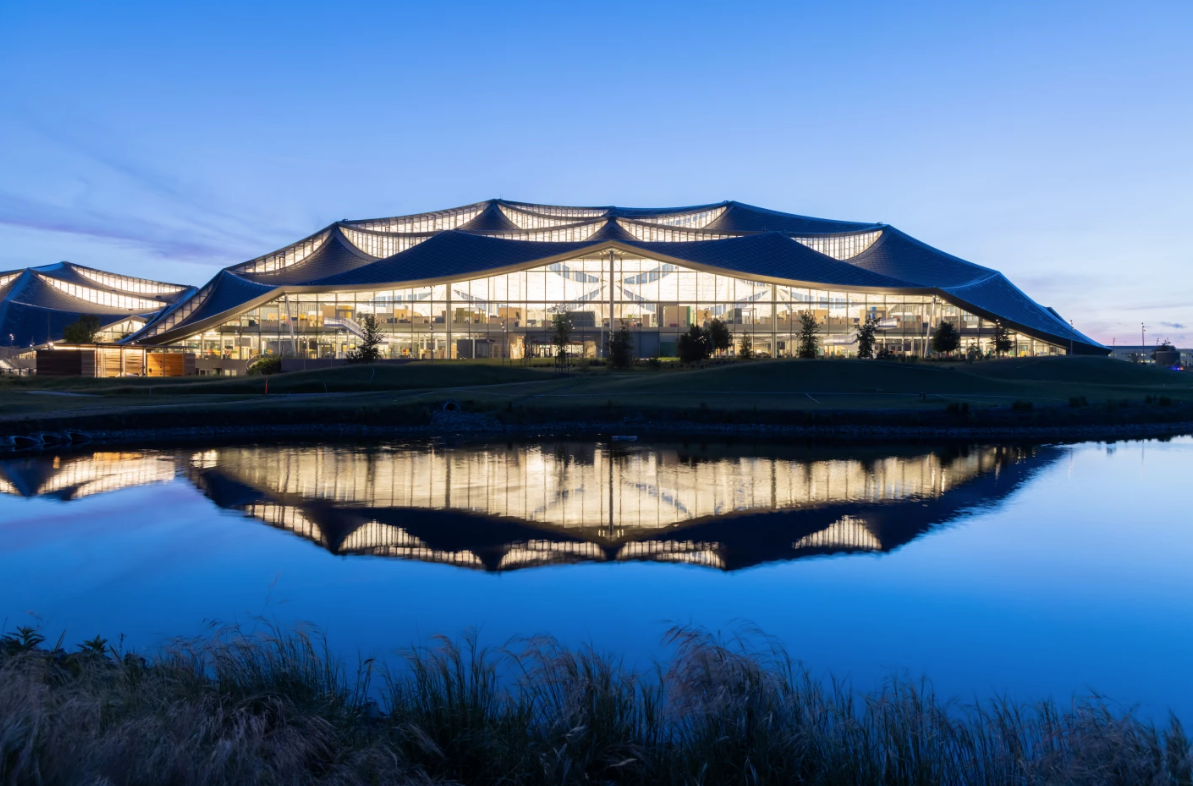 First revealed back in 2015, the Google Bay View campus is located on a sprawling 42-acre (17-hectare) plot next to NASA’s Ames Research Center in Mountain View, California. Taking into account the internet giant’s Charleston East building, which is nearby and also almost complete, the whole thing has a floorspace of 1.1 million sq ft (roughly 102,000 sq m), which is split into four buildings.

The project has undergone some changes over the years and now that it’s complete, looks a lot less tent-like than it did in the early renders, thanks largely to its so-called dragon scale roof, which was created by Swiss firm SunStyle and features a textured prismatic glass shingle with a unique coating that makes it sparkle slightly. It comprises 90,000 building-integrated solar panels that produce roughly 40 percent of the building’s annual electricity needs – and since the campus is wholly powered by electricity, that’s significant. Nearby wind farms also add the energy mix. 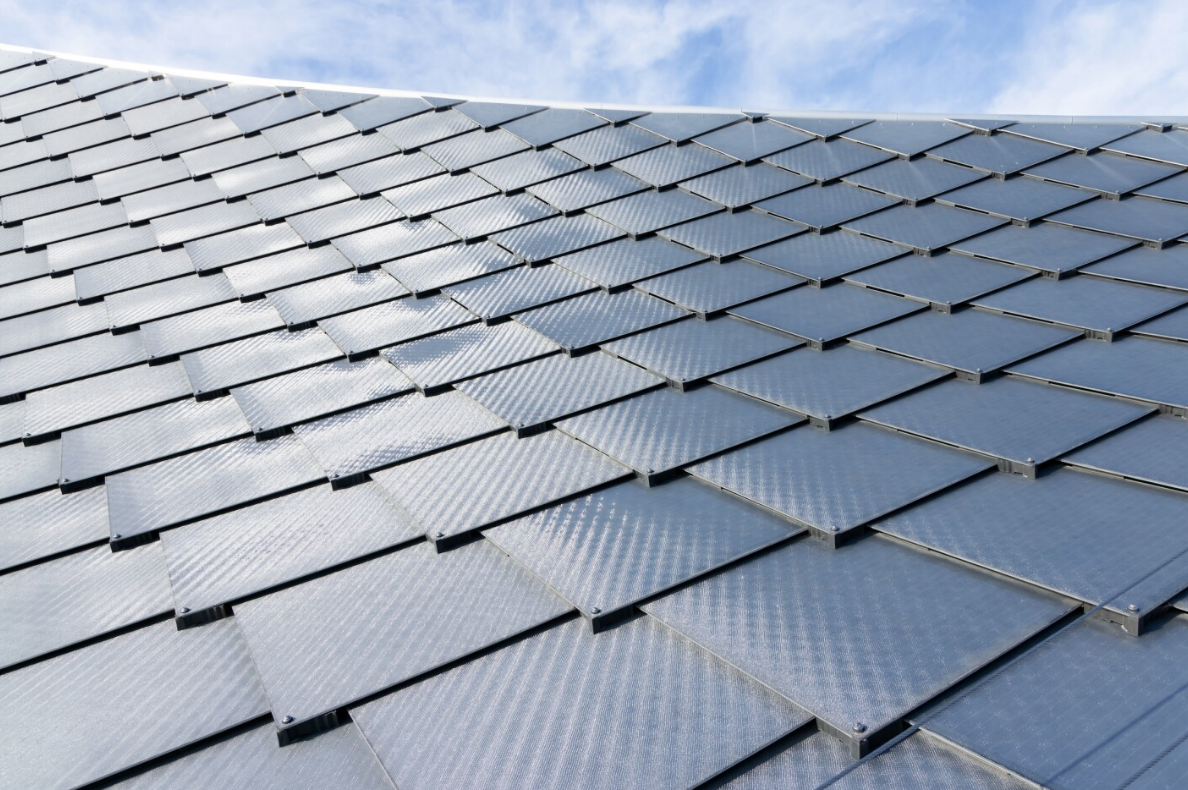 Google Bay View is water-positive in operation. All of its non-potable water needs are met by water recycling systems and above-ground ponds used to capture and store stormwater. When water is needed, the ponds can be drained and used to supply flushing toilets and irrigation. Additionally, Google’s HQ has the largest geothermal system in North America – consisting of an incredible 100 miles (160 km) of piping – which is used to transfer excess heat deep into the ground in summer and draw from its natural warmth in winter. Google says this reduces the water needed for cooling and heating by 90 percent. 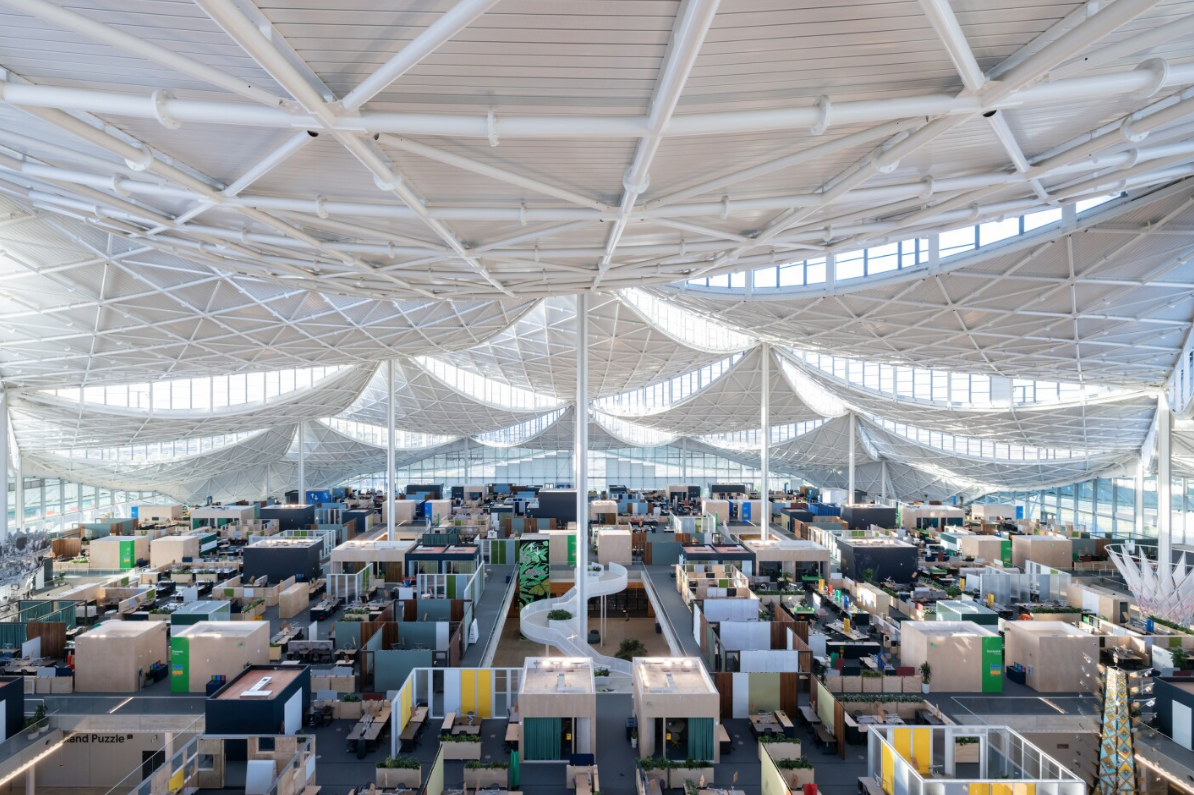 Furthermore, generous glazing ensures ample daylight inside, which is controlled with automated window shades, while the ventilation system allows large amounts of outside air to be channeled inside. The landscaping is significant too, and consists of wetlands and marshlands, providing natural habitats for the local wildlife. New public trails have been created, as well as new bike tracks and bike lanes. The interior design, however, is more like a typical Silicon Valley office. Social areas and collaborative spaces, as well as restaurants and other amenities are located on the lower floors, while the upper floors are filled with office cubicles, which were first tested in Google’s own R&D department to ensure that they met workers’ needs. The layout was chosen to ensure maximum flexibility in the future. 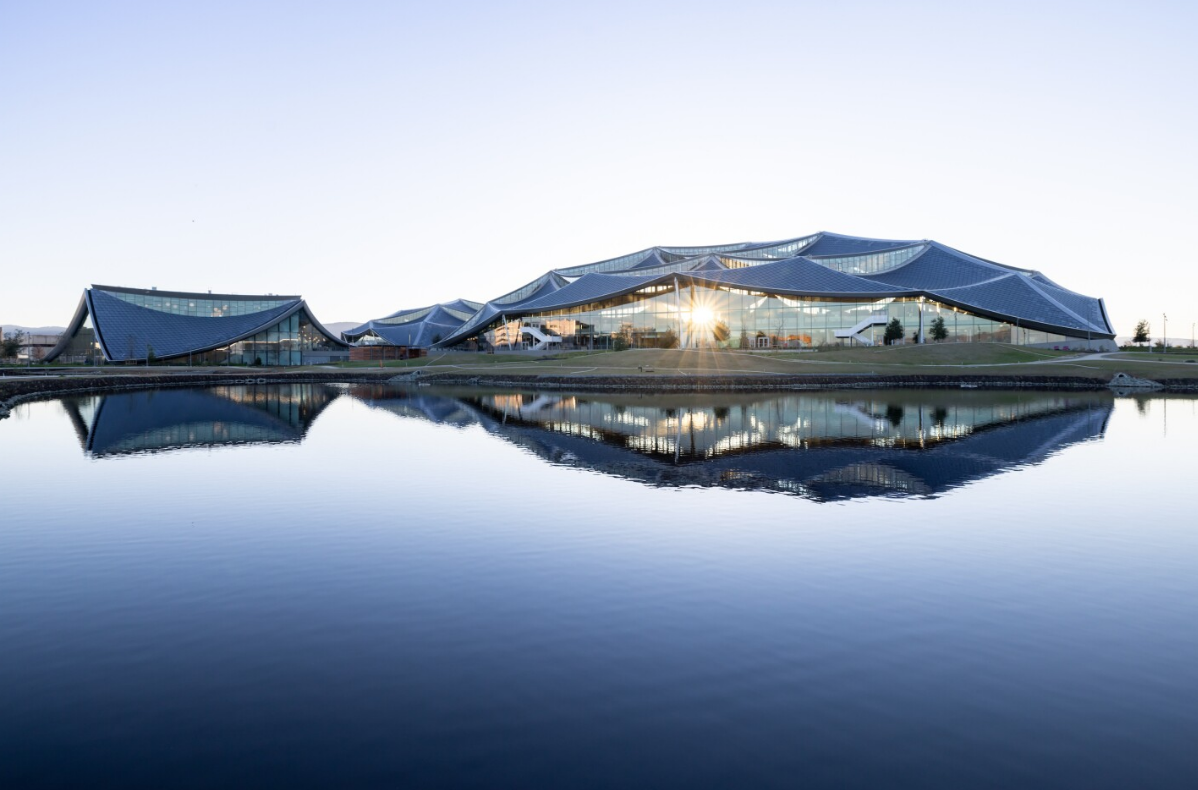 “Our design of the new Google Bay View campus is the result of an incredibly collaborative design process,” explained BIG founder Bjarke Ingels. “Working with a client as data driven as Google has led to an architecture where every single decision is informed by hard information and empirical analysis.” “The idea of the ‘office’ has been stuck for a long time,” added Thomas Heatherwick. “Yes, people have done different aesthetic treatments. But there hasn’t been a fundamental questioning of the workplace at this scale. Our approach has centered on the emotions of individuals and the imaginations of teams and how you create a whole different atmosphere of work.” 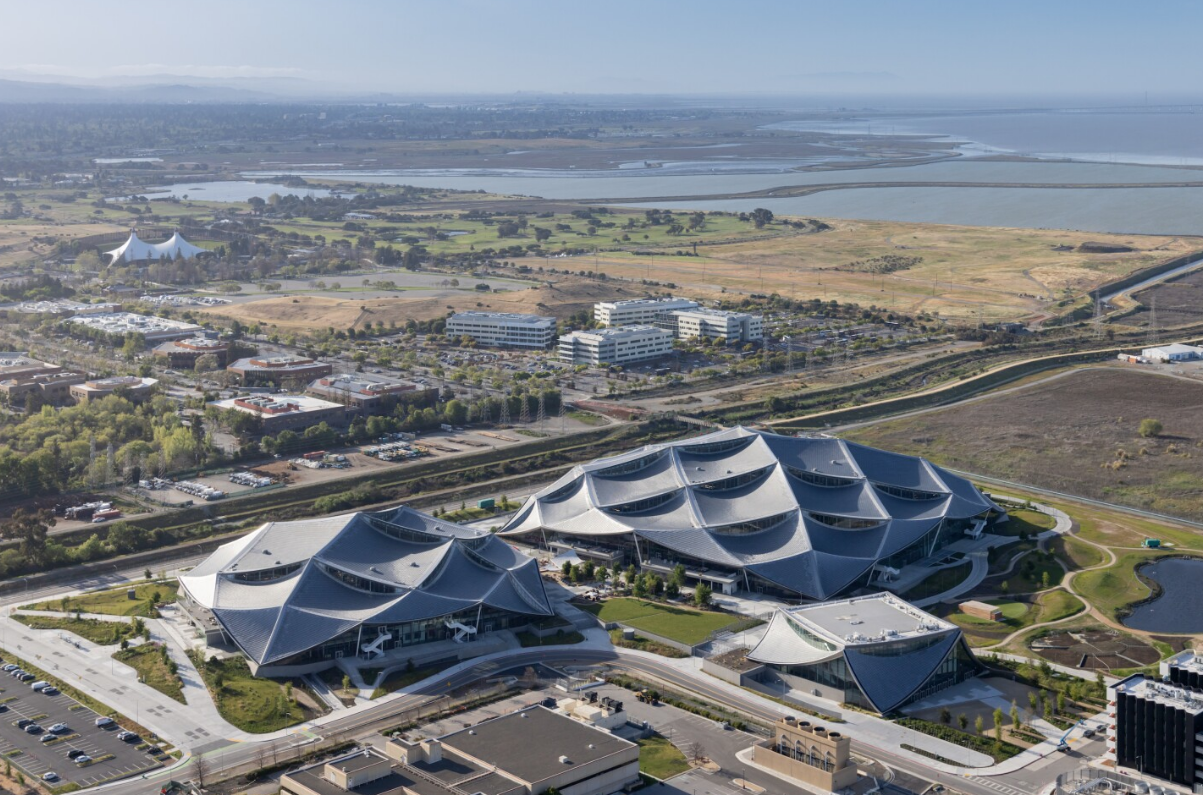 Though it’s Google’s first new building, Google Bay View certainly won’t be its last. In addition to the nearby Charleston East project mentioned, BIG and Heatherwick Studio are also working on a “landscraper” in London, while BIG is handling another upcoming office, in Sunnyvale, on its own.