Buildings account for nearly 40% of global greenhouse gas emissions, 50% of the world’s energy consumption and 40% of raw materials. While existing building stock will require large scale retrofitting to meet net-zero carbon goals, we also need a higher sustainability bar for new buildings. Following an international open call, exemplary projects were selected for a virtual reality online exhibition as part of global climate summit COP26. The projects demonstrate the opportunities to tackle the climate change emergency and limit the environmental impact of buildings and cities. 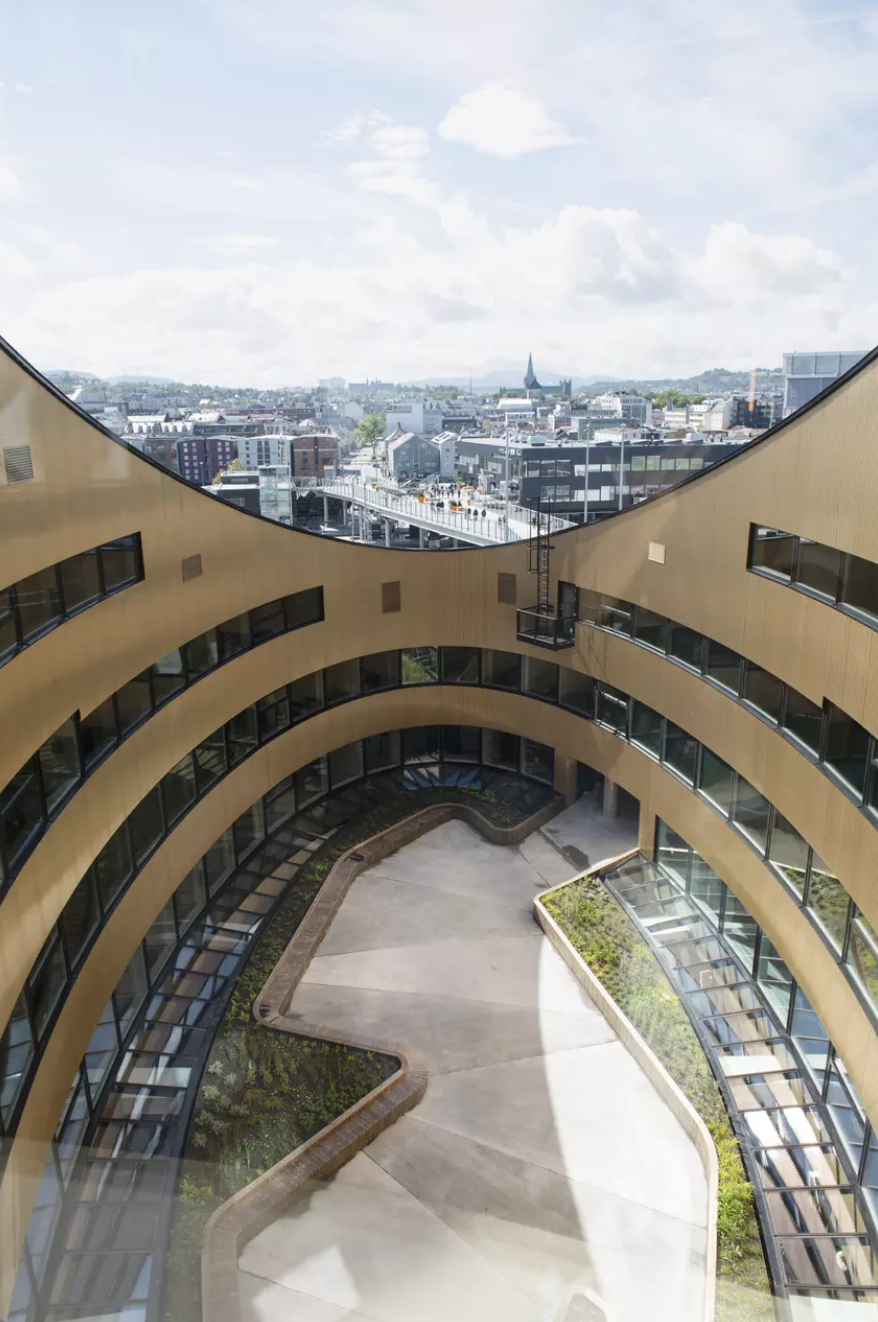 Powerhouse Brattørkaia is the largest new-build energy-positive office building in Trondheim, Norway. The use of solar energy compensates for all of the energy used over the building’s lifecycle, as well as extremely low energy consumption. Powerhouse Brattørkaia was also built as a fossil fuel-free construction site (with no direct carbon emissions). The building generates more renewable energy during its operational phase than was used during the construction phase (including embodied energy of materials and potential disposal). Surplus renewable energy is supplied to neighboring buildings, as well as electric buses in Trondheim. 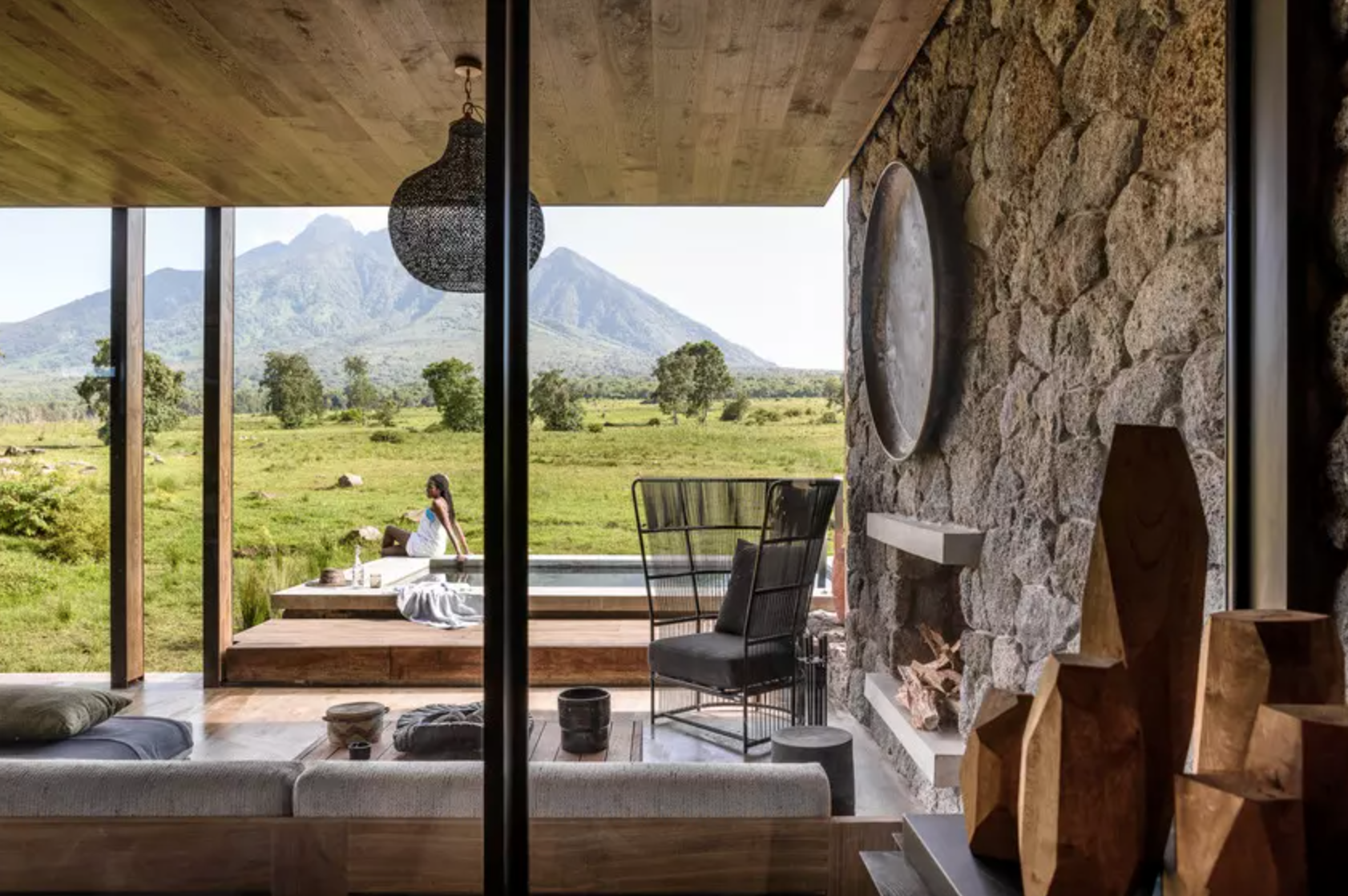 Reducing energy consumption was an intrinsic part of the building design, resulting in a low-impact mechanically assisted natural ventilation and cooling system; The Excellence in Design for Greater Efficiencies (EDGE) model estimated that the building would be 44% more energy efficient than a similar traditional building. Additionally, the project’s regional grid supply is made up of 100% hydro-generated power. The surrounding area has been re-wilded, combining multiple farmed subsections into one large buffer zone for Volcanoes National Park. The lodge’s on-site nursery, Akarabo, planted 250,000 indigenous orchids, forest shrubs, bamboo shoots and trees as part of an ambitious reforestation initiative. Many of these plants were purchased from local communities. 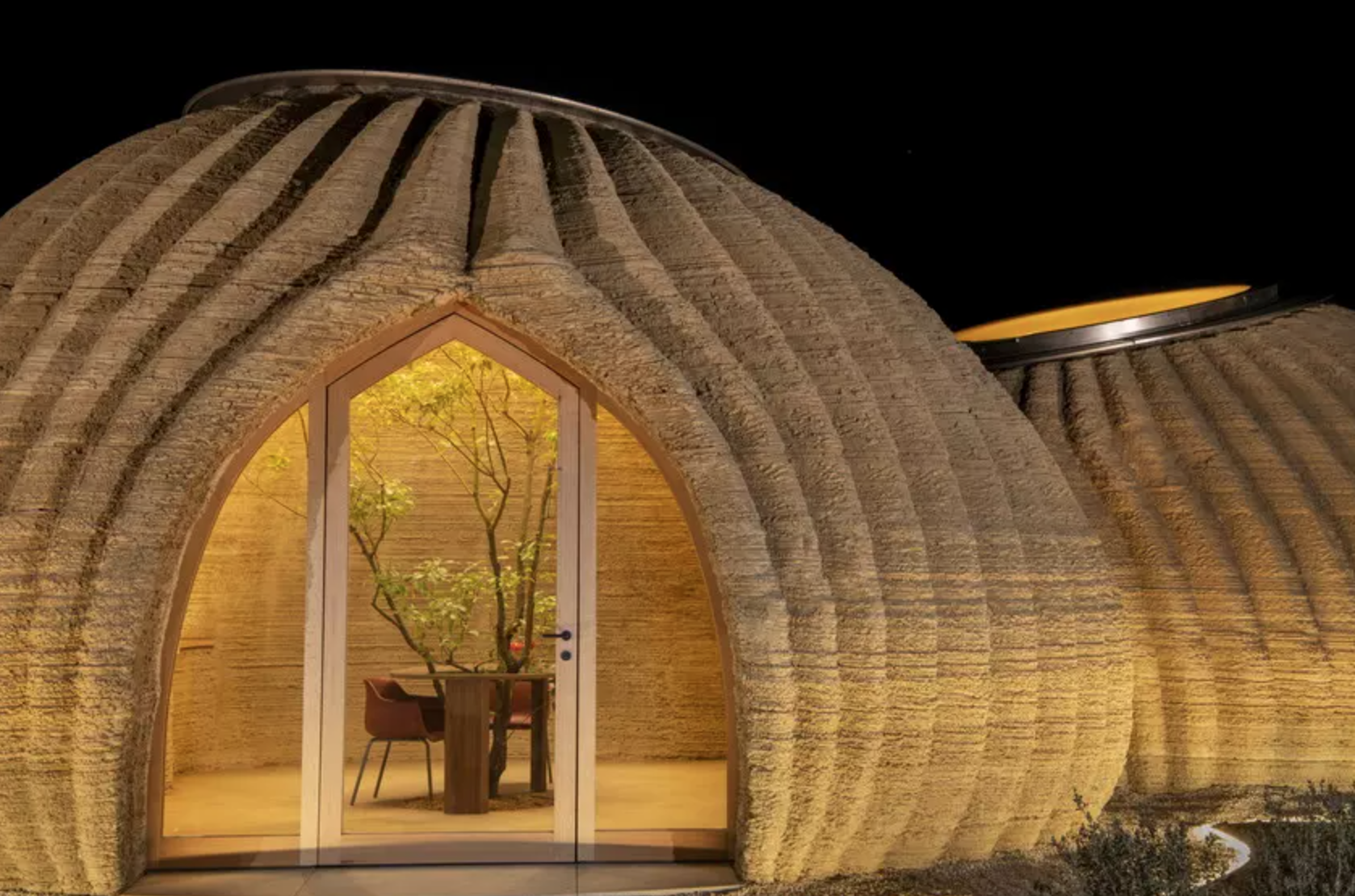 TECLA is the first 3D-printed sustainable home made entirely from local raw clay. This prototype home, designed and built (or printed) in Italy, uses local clay that is excavated, shaped, inhabited and, once it is not needed anymore, it can just go back to the soil, in a virtually infinite loop that leaves no trace on the planet. The walls have an organic cave-like curvature, providing structural stability but also acting as a thermal barrier. The project can adapt its shape in relation to its climate and latitude. The project responds to both the climate emergency and the growing global housing crisis. Housing modules can be constructed by printers within 200 hours while consuming an average of 6 kW of energy. A team of just two people are needed to support the building of the structure and typical construction waste is almost entirely eliminated. 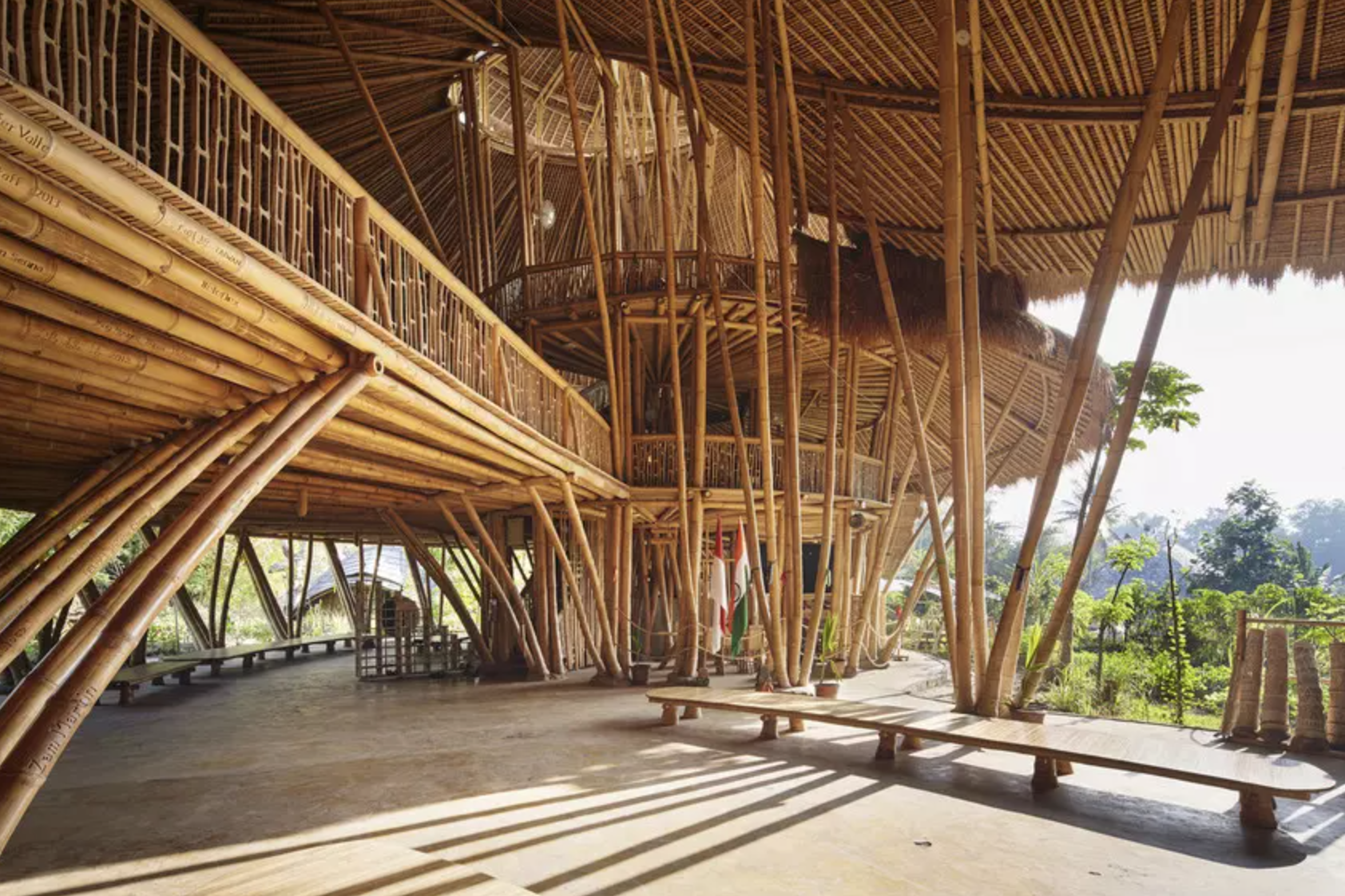 A bamboo cathedral for learning

The school was built to appear as though grown from the ground, using bamboo and other local materials. Bamboo is a sustainable, versatile and rapidly replenishing material. The construction of Heart of School helped facilitate Bamboo U, which teaches architects, designers, engineers, environmental advocates and enthusiasts how to build and design with bamboo, promoting the use of the material in architecture in Bali and beyond.