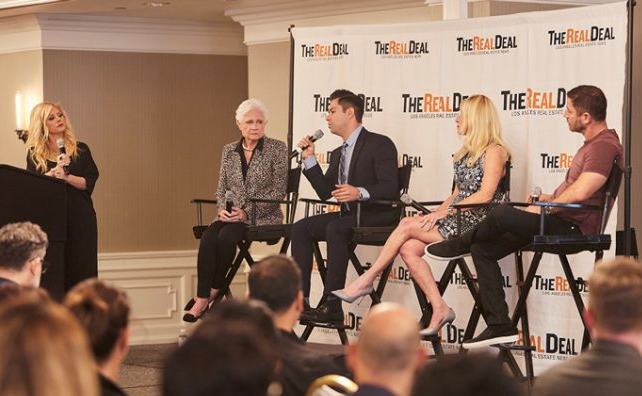 Read the full article on The Real Deal

Coldwell Banker’s Joyce Rey started managing an Instagram account with her staff four years ago and says it has helped her sell high-end listings.

Douglas Elliman’s Ivan Estrada said he’s active on social media but uses the platforms to build his brand and create relationships. Estrada said he has never gotten a call from someone who saw a property on Instagram then wanted to buy it. As the traditional brokerage model undergoes seismic changes — and amid a softening luxury market — top agents at The Real Deal’sResidential Showcase and Forum on Friday discussed how they use social media and guerilla marketing to boost business.

Compass’ Aaron Kirman, who said he maintains a strong social media presence, said, “you go to meetings and you don’t have to sell yourself because they [clients] already know who you are.”The panel at the London West Hollywood said agents also need to be in-tune with social media to stand out among the sea of sellers. The usual marketing tactics have also changed, they said, with costs continuing to as sellers increasingly demand bigger productions.Estrada told moderator Jennifer Berman of Berman & Polli

Sometimes marketing can make a big splash, as it did with Kirman, who is the listing agent on the 157-acre Mountain of Beverly Hillsproperty. But it doesn’t always work out, as has been the case with that mega-property. Marketed last July for $1 billion, the price was slashed to $650 million in February. Last month, the owner declared bankruptcy.“A year-and-a-half or two years ago, we would just take what we could get, and call it being a real estate slut — get attached to as much as we can,” Kirman said. But in today’s market, he added, it’s different. “If we take overpriced listings, it’s not doing the seller any justice, it’s not doing us any justice, and we just wind up spending a lot of time and energy and money on the listing.”

Compass’ Sally Forster Jones agreed that high-end listings come with big price tags for brokers.“That’s what sellers want,” she said. They want it to be promoted with bigger and bigger parties. And if we don’t sell, they’re not happy and we’re not happy.”Rey recalled one of the first video promos she saw years ago that featured models walking around nearly nude. It was marketed as “the house where you don’t have to wear clothes.”“It caught my attention,” Rey said. “It went viral and it sold the home.”Despite that, no one on the panel said they have ever secured a buyer from a video or special party for their listings.“People thought video was the next thing,” Jones said. “But you have to look at what actually gets results. It’s the pricing…It’s more about getting on the phone and telling people that you have an amazing property.”