After successfully investing in mining, Griffith J. Griffith purchased Rancho Los Feliz (near the Los Angeles River) in 1882 and started an ostrich farm there. Although ostrich feathers were commonly used in making women’s hats in the late-19th century, Griffith’s purpose was primarily to lure residents of Los Angeles to his nearby property developments, which supposedly were haunted by the ghost of Antonio Feliz (a previous owner of the property).

After the property rush peaked, Griffith donated 3,015 acres (1,220 ha) to the city of Los Angeles on December 16, 1896.In 1912, Griffith designated 100 acres (40 ha) of the park, at its northeast corner along the Los Angeles River, be used to “do something to further aviation”. The Griffith Park Aerodrome was the result. Aviation pioneers such as Glenn L. Martin and Silas Christoffersen used it, and the aerodrome passed to the National Guard Air Service. Air operations continued on a 2,000-foot (600 m)-long runway until 1939, when it was closed, partly due to danger from interference with the approaches to Grand Central Airport across the river in Glendale, and because the City Planning commission complained that a military airport violated the terms of Griffith’s deed. 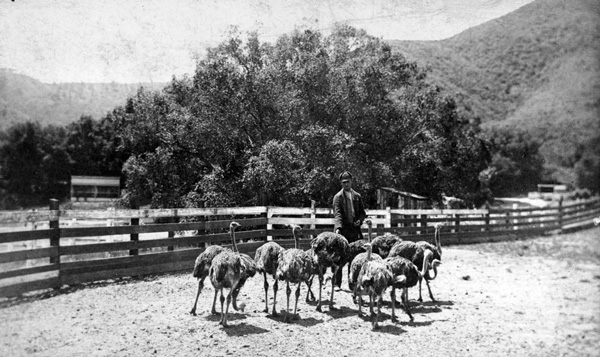 Griffith set up a trust fund for the improvements he envisioned, and after his death in 1919 the city began to build what Griffith had wanted. The amphitheater, called the Greek Theatre, was completed in 1930, and Griffith Observatory was finished in 1935. Subsequent to Griffith’s original gift further donations of land, city purchases, and the reversion of land from private to public have expanded the Park to its present size.

Griffith Park is a large municipal park at the eastern end of the Santa Monica Mountains, in the Los Feliz neighborhood of Los Angeles, California. The park covers 4,310 acres (1,740 ha) of land, making it one of the largest urban parks in North America. It is the second-largest city park in California, after Mission Trails Preserve in San Diego, and the 11th largest municipally-owned park in the United States. It has also been referred to as the Central Park of Los Angeles but is much larger, more untamed, and rugged than its New York City counterpart.