Spanish-Swiss architect Santiago Calatrava is well known for his incredible soaring structures. He is one of those star architects who has a style so well defined that it is recognizable to people who may not necessarily consider themselves architecture lovers. Part of what defines Calatrava’s unique style is the impressive structural capabilities of his buildings combined with their sculptural elegance. This makes a lot of sense since Calatrava is an architect, structural engineer, sculptor, and painter. You may be able to find these artistic and technical influences throughout the following structures. Below are some US as well as global projects by Calatrava that best demonstrate his style as an architect. 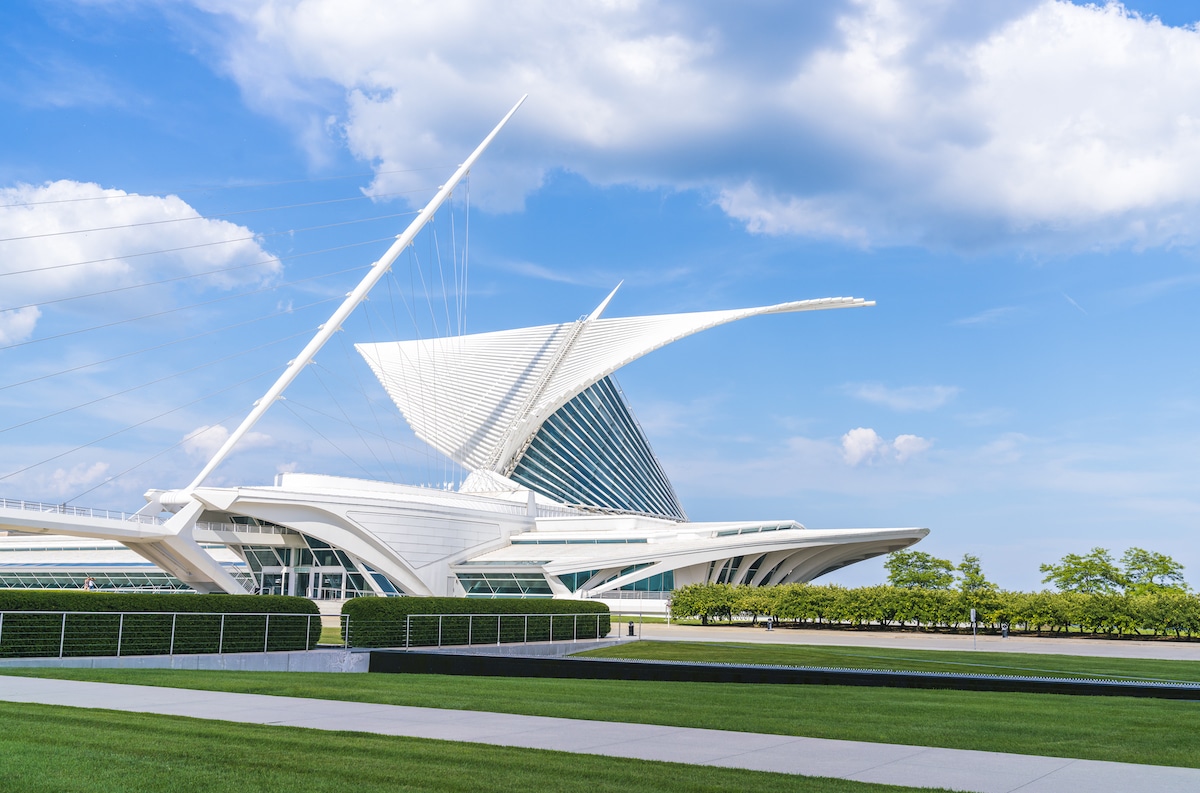 The Quadracci Pavilion of the Milwaukee Art Museum is one of Calatrava’s most iconic architectural works and is part of one of the largest museums in the world. If you see the connection between the work of Eero Saarinen and Calatrava, you may be interested to know that both architects worked on projects for the Milwaukee Art Museum. The collection was moved to Saarinen’s Milwaukee County War Memorial in 1957 and Calatrava’s Quadracci Pavilion was created in 2001. 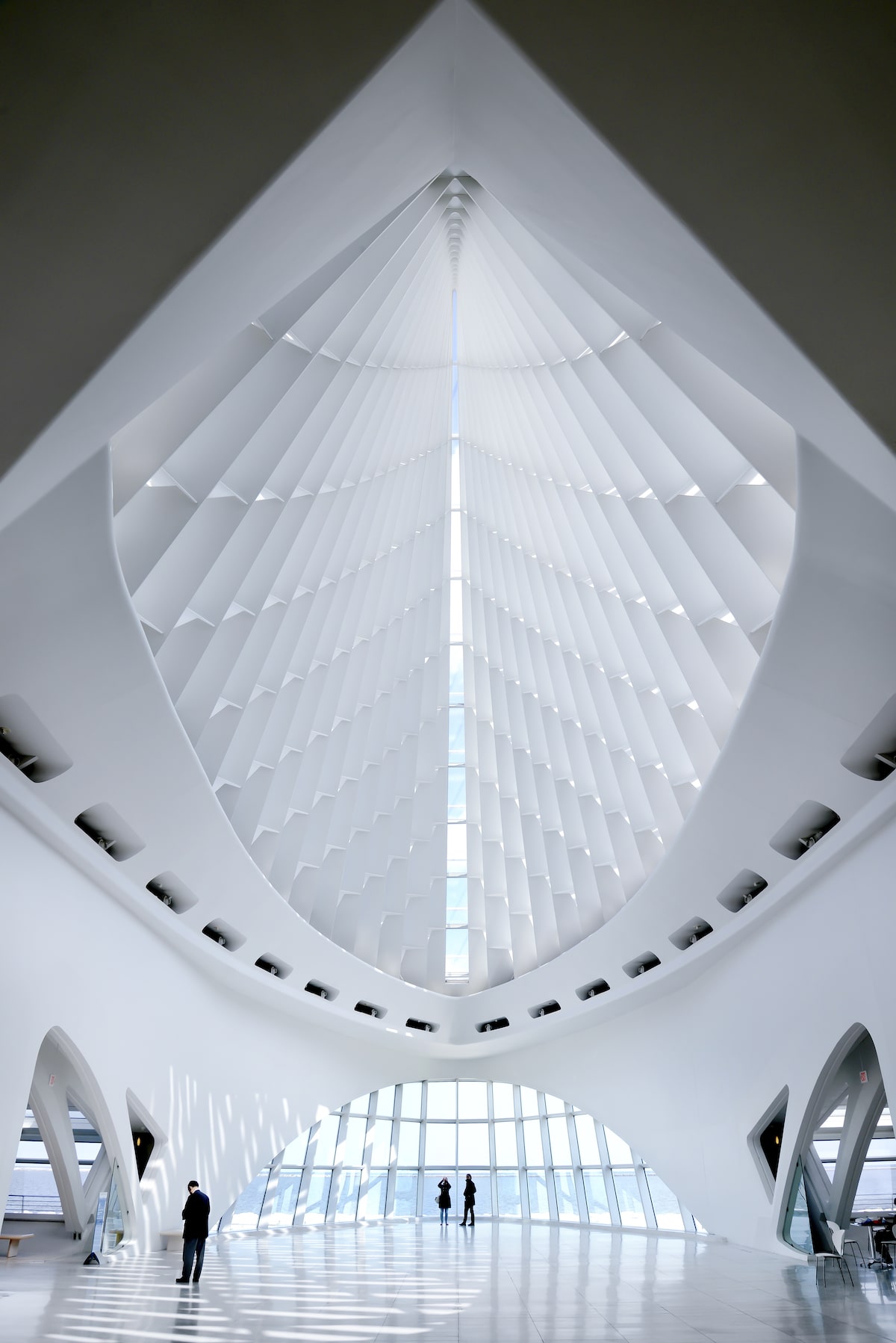 Calatrava’s addition is known for its dramatic wings that act as a shading system. The structure has a wingspan of about 217 feet and moves throughout the day. It is capable of folding when needed and before dangerous weather. Since this building was designed as part of the larger Milwaukee Art Museum, the Quadracci Pavilion is often endearingly called “The Calatrava.” 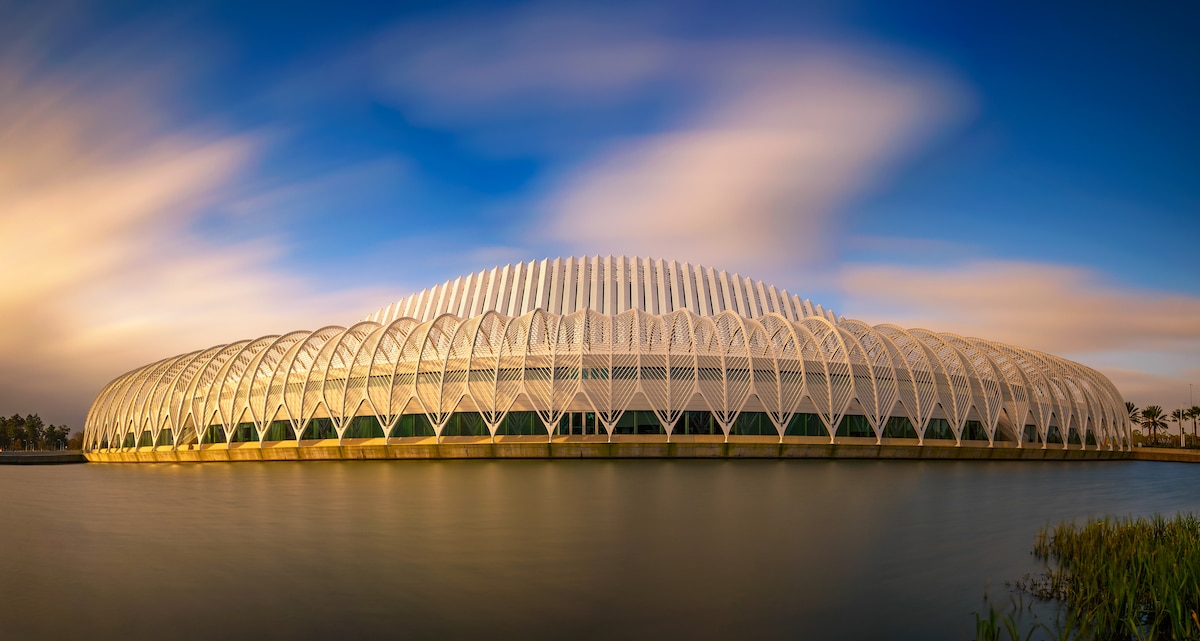 Calatrava’s Innovation, Science, and Technology Building is often considered the crown jewel of Florida Polytechnic University. It features a walkway that wraps around the building and is semi-covered by a steel trellis that gracefully extends outward from the center of the building’s roof. The other exterior feature is the roof with sunshade elements. Like many other Calatrava projects, it is designed to move with the sun. The project was the first building on the larger campus of Florida Polytechnic University and thus included many uses including lecture halls, an amphitheater, teaching labs, technical labs, faculty offices, and more. Many of these spaces are centered around the “Commons,” a large hall highlighted with a ribbed skylight that runs the length of the space. 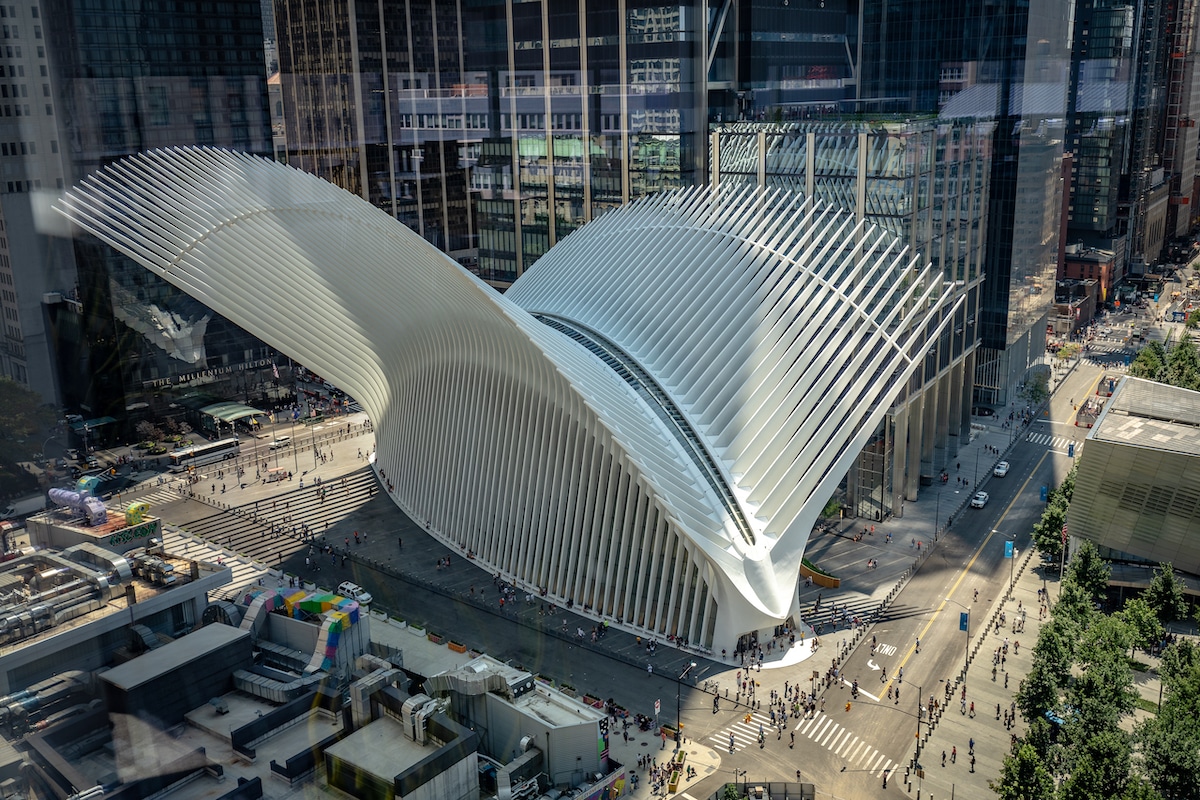 The World Trade Center Station, or the Oculus, is one of Calatrava’s most iconic projects. Dramatic white wings pierce the New York sky representing a dove taking flight and the futuristic design of the Oculus makes it an easily recognizable landmark for commuters as they approach the transit hub. 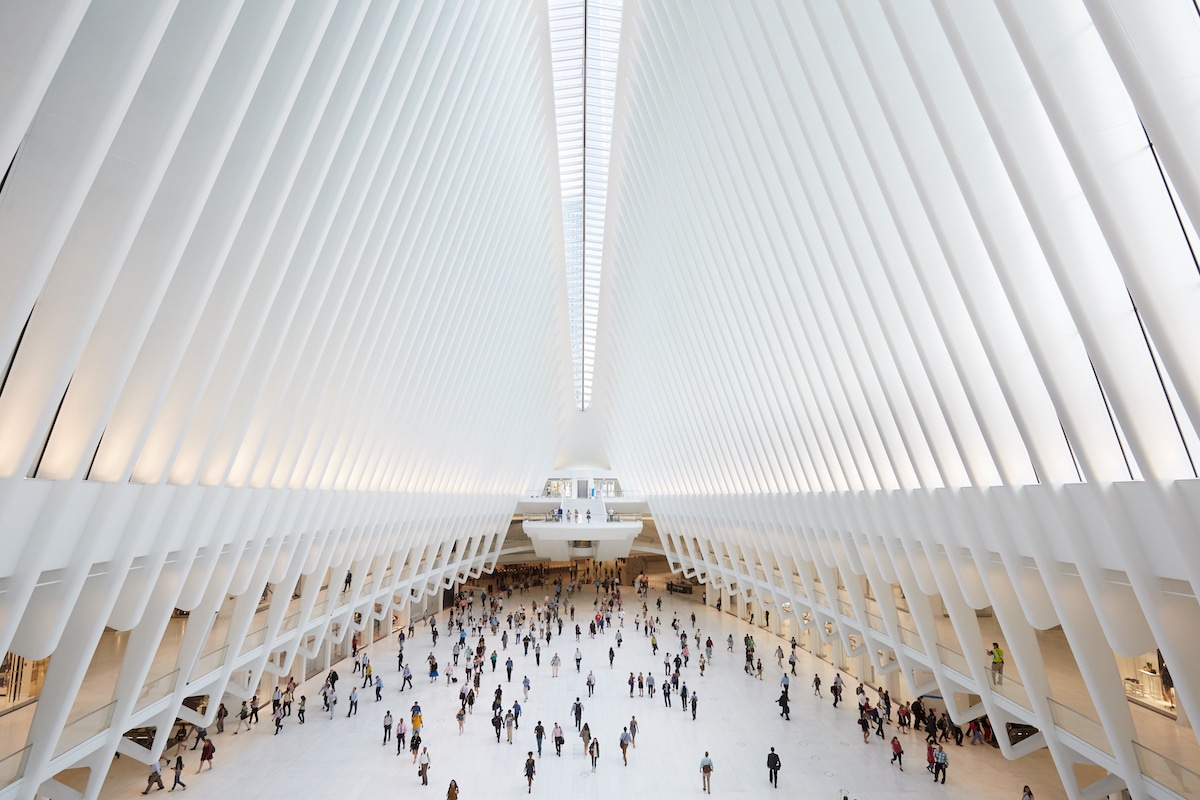 The Oculus is equally impressive on the interior. It is defined by a massive atrium with a thin central skylight that runs the length of the space. The atrium is at the perfect center of the two outstretched wings. The space is almost entirely white and uninterrupted by any major program in the atrium. Instead, all permanent stores are pushed to the perimeter of the atrium while the central area is reserved for circulation and flexible events and exhibitions. 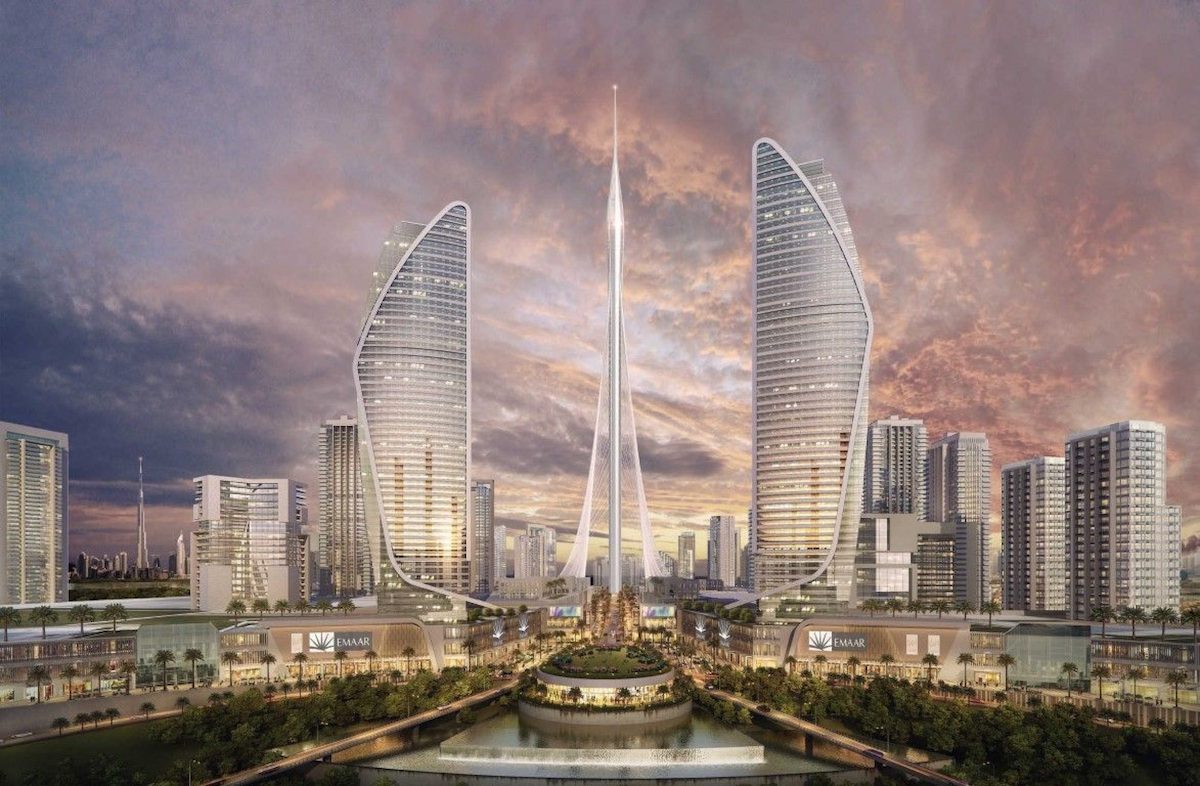 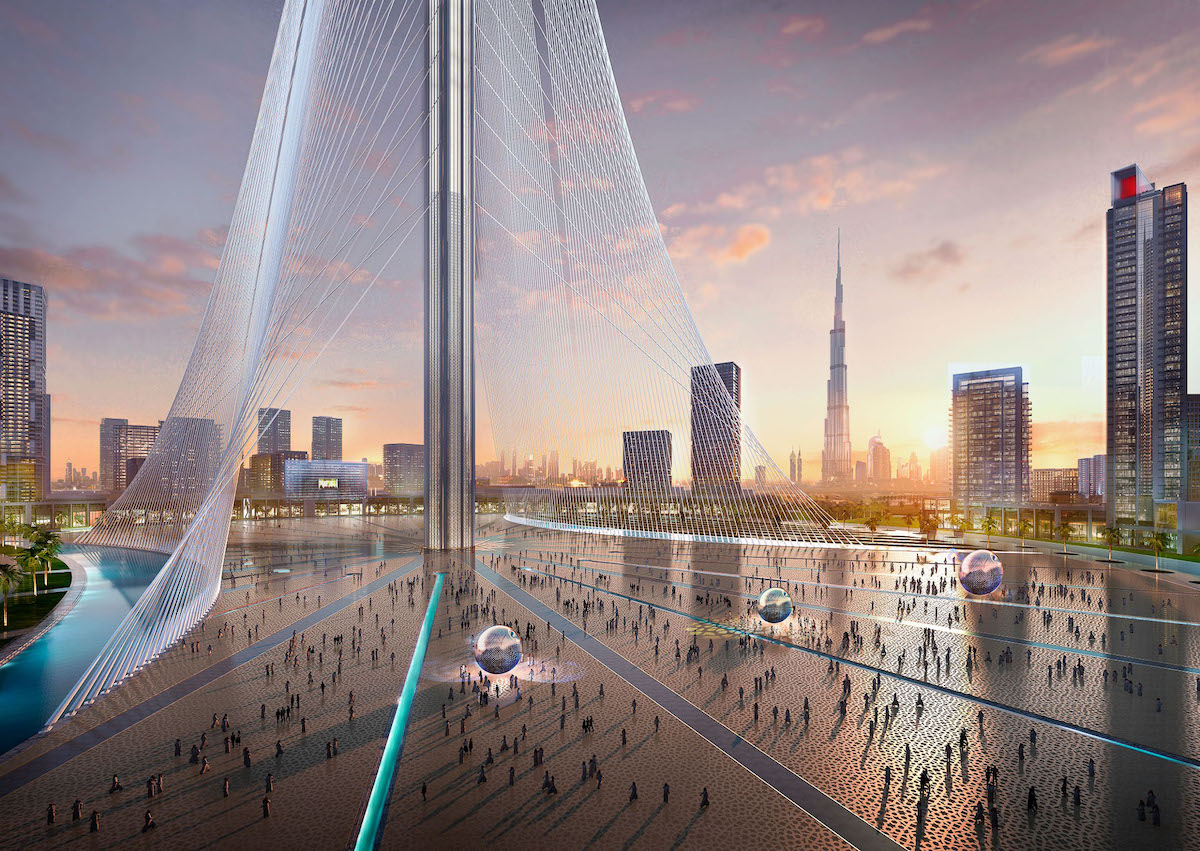 The tower is designed by Calatrava and an engineering firm called Aurecon and is characterized by steel cables that support the incredibly tall reinforced concrete core that gives the structure its height. Though it will surely become a monument for the city and the entire country, it also can be climbed by visitors and includes ten observation decks that provide complete views of the entire city. 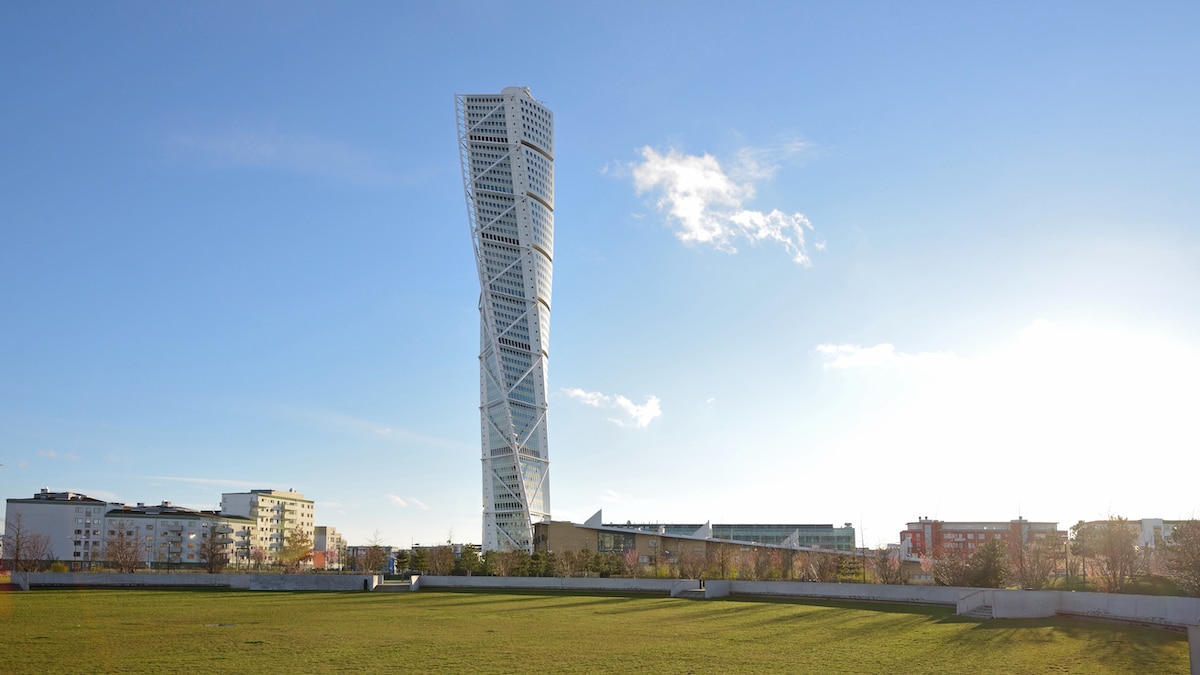 Turning Torso is a residential building in Malmö, Sweden, based on Calatrava’s previous sculpture of the same name. The original Turning Torso was based on the form of a human contorting their body. The building also has an interesting narrative behind the commission. Johnny Örbäck, the former managing director of a co-op association called HSB Malmö, saw the original sculpture after learning about Calatrava’s architectural work. He then decided to commission the architect to build HSB Turning Torso. Each segment of the building is made up of five floors and twisted clockwise from the central core. Most of the building is made up of residential units available for lease, but Turning Torso also includes an observation deck, a private club, restaurant, and room for public events.