HGTV shows make home renovations look straightforward. But in reality, the process of redesigning a kitchen, installing a new bathroom, or building a home from the ground up is a complex and lengthy process—one that often takes months of coordination among several professionals, tens of thousands of dollars, and plenty of perplexing building codes and permits.

With artificial intelligence, that process is becoming faster, easier, cheaper, and possibly more sustainable. “A lot of horror stories come up with renovations, and people encounter those problems when they don’t have the right professional service at their side,” says Ian Jaffrey, cofounder and chief executive officer of Skipp, an end-to-end renovation service. “We’re leveraging technology that is really about getting precise plans in place for customers. Doing that makes that whole process easier and allows people to focus on inspiration, transparency, and budget.”

Skipp relies on A.I. to compile, analyze, and recommend home renovation options. Today the company is focused on kitchens, which happen to be the most challenging room in the home for a remodel. It starts with a 3D camera to capture precise measurements in the room and add those points of intelligence to the system. The embedded intelligence tracks necessary information—like the placement of gas lines, plumbing, and windows—plus architectural codes and standards. Then it takes into account the homeowner’s requests, such as optimizing the space for storage or entertaining, to start to apply an algorithm.

By using A.I., Skipp quickly tailors a number of different options within the constraints of the specific space to present the homeowner with layouts and mockups that will be feasible in the room and fit their personal requirements. The service then connects homeowners with contractors in their area, who receive specific requests for proposals and design elements to start the work. Homeowners can focus on the “inspirational aspects,” says Jaffrey, such as cabinetry, door handles, and countertop materials, rather than get bogged down by building paperwork and contractor jargon. For a 10-foot-by-10-foot kitchen, Skipp typically comes up with 700 different permutations. Jaffrey says that they have had kitchens ready to be built in as little as a week.

Without the use of A.I. technology, the journey to a completed kitchen is much more manual. Jaffrey says that it can take a designer up to 70 hours just to measure and draft schematic plans, plus entertain various configurations. And that’s before you reach out to contractors for quotes and timelines. Jaffrey explains that the average kitchen renovation takes nine to 12 months. With Skipp, homeowners can have a new kitchen in just 45 days. “No one wants to spend a year of their life planning a kitchen,” he adds.

By streamlining the process, Skipp also makes the entire renovation more accessible financially. In New York City, where Skipp is based, Jaffrey says that the average kitchen renovation is $120,000. Skipp can do it all for about $35,000, simply by reducing the amount of time it takes architects, designers, and contractors. Like any type of A.I., the Skipp system gets smarter as more users log on. As an increasing number of homeowners select options that optimize for budget and storage, the system will learn what combinations are typically chosen, working to offer those up to future homeowners. It also learns to make recommendations more quickly. Jaffrey and his team aim for Skipp to be home renovations in real time: an instantaneous phone application that scans the room, then offers configurations and design options in mere minutes. 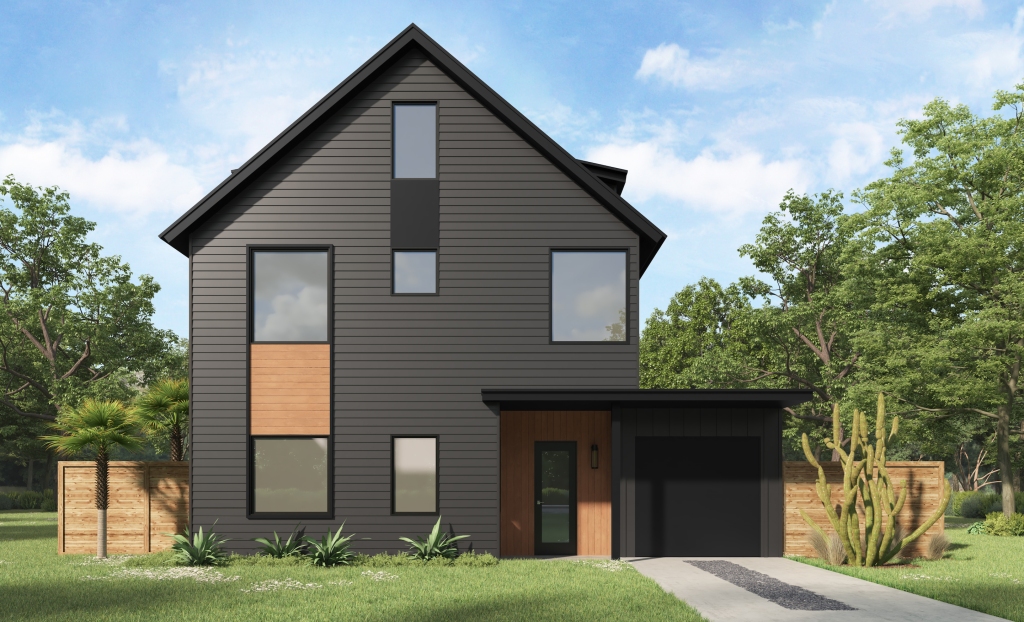 Skipp is not alone in its development of A.I. for homes. It joins construction-focused companies like Higharc and Homebound in its drive to simplify the modeling process, access to professionals like architects, designers, and contractors, and ultimately make housing more accessible. It’s particularly significant for the millennial population, who account for 50% of current home purchases. They have largely found the homeowning experience to be rife with challenges. According to Jaffrey, 80% of the homes in the U.S. are more than 20 years old, which opens a large market for home renovations.

Then there are those looking to build a home. Michael Bergin cofounded Higharc to help reduce the complexity of the homebuilding process. As the director of design innovation, he likens his product to a modern car configurator. Buyers can visualize hundreds of home options with real-time pricing for instant transparency. Like Skipp, Higharc replaces hours of manual drafting with an A.I. system to export layouts, appliance options, and other design elements, all while maintaining compliance with the nuances of building codes.

“Buildings in the past were designed from scratch in nearly every case,” Bergin says. “Carrying knowledge through projects was impossible. Higharc uses a knowledge base to capture and reuse data and continuously improve the options and quality of the homes created in the system.” In an added benefit, Bergin says that Higharc’s reliable 3D model revealed a surprising statistic: Builders wasted up to 25% of the lumber ordered for a home due to errors in measurement, a hurdle that Higharc avoids thanks to A.I. That’s not only a cost savings, but an environmental one too.

Homebound is doing something similar, but for homes at scale. CEO and cofounder Nikki Pechet launched Homebound in the wake of the 2017 wildfires in California, when residents in the area needed new homes quickly. The service works like an e-commerce experience in which buyers can select a lot, floor plan, architectural style, and finishes all through one online portal. In the process, the technology platform amassed a serious amount of data to streamline the design and building process. Pechet says that Homebound is eight times more efficient in the design phase, and construction moves 20% faster than traditional large-scale home construction projects.

It has also aided home developers. Homebound has a growing database of more than 25 million properties. Pechet’s team has trained robust algorithms to model out the site acquisition cost, expected built costs, and expected sell prices of finished homes to forecast the feasibility of large-scale property development. “The volume of homebuilding information is so large that only A.I. and machine learning can see patterns across projects, jurisdictions, and marketplaces,” Pechet says. That’s hugely impactful for an industry worth an estimated $1.5 trillion, she adds.

Doug Vickerson, chief executive officer of Renoworks, an enterprise visualization platform for contractors and respective clients, compares it all to Amazon. Consumers are now accustomed to having goods and services fulfilled in less time; it’s no surprise that they want their home renovations to move along more swiftly than the traditional process. Renoworks has been in the business for two decades, and over this time, Vickerson has seen an increased demand for functionality and speed that only technology like A.I. and machine learning can provide. Technically, he says, Vickerson has updated the Renoworks tech stack and infrastructure to reflect this. For him, like Pechet, Jaffrey, and Bergin, A.I. is the solution to the challenges of residential home construction. “The goal of A.I. is to help consumers focus on the important matters by eliminating extra steps and cumbersome decisions, and help the industry streamline interpretation,” Vickerson says. “A.I. is helping us move toward predicting preferences so accurately that it eliminates all fiction in the decision-making. A.I. in home renovations is early, but the possibilities are there.”