Stage 15, built in 1940 and once the home to movies like “It’s a Wonderful Life” and “RoboCop,” has been transformed into the largest virtual production stage in Los Angeles. The revamped stage has a wall of more than 3,000 LED panels and motion capture cameras that re-create the outside world indoors and allow actors to interact with the environment rather than pretend in front of a green screen. The stage is connected to the Amazon Web Services cloud ecosystem, so that shots filmed there are accessible to creative teams in real time in multiple locations.

With Stage 15, Amazon is marrying its technology and entertainment businesses and expanding its economic footprint in Southern California. Powered by the latest in gaming technology, these stages allow filmmakers to cut costs by reducing the need to rebuild stages and giving them flexibility to film from any location with continuous daylight — regardless of the time of day. Amazon declined to disclose how much it spent on the stage, which is operated by a 20-person production team. Planning for the project began back in the summer of 2020, as Hollywood was grappling with production shutdowns caused by the COVID-19 pandemic. 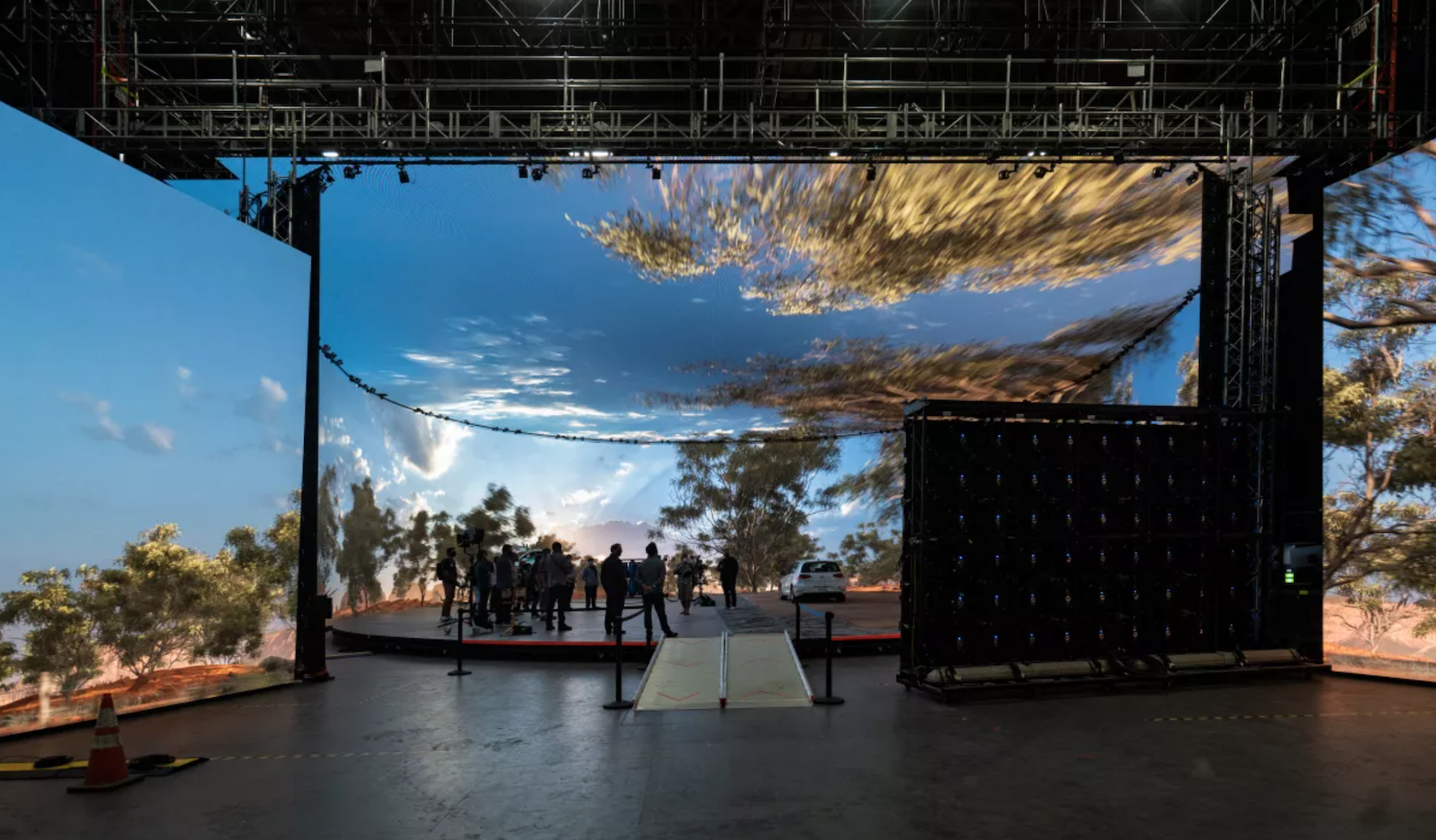 Virtual production technology uses advances in gaming software and goes beyond the use of green screens. Instead of performing against a static, blank screen, actors and crew on a virtual production stage can interact in real time within a three-dimensional environment projected on LED screens. Walt Disney’s tale of an intergalactic bounty hunger, “The Mandalorian,” represents one of the most high-profile and expansive uses of virtual production. About half of the hit Disney+ series’ first season was shot against a 20-foot-high, 270-degree semicircular LED video wall at Manhattan Beach Studios. The ability to cut location costs and re-create scenes from anywhere has made the technology increasingly popular among filmmakers. 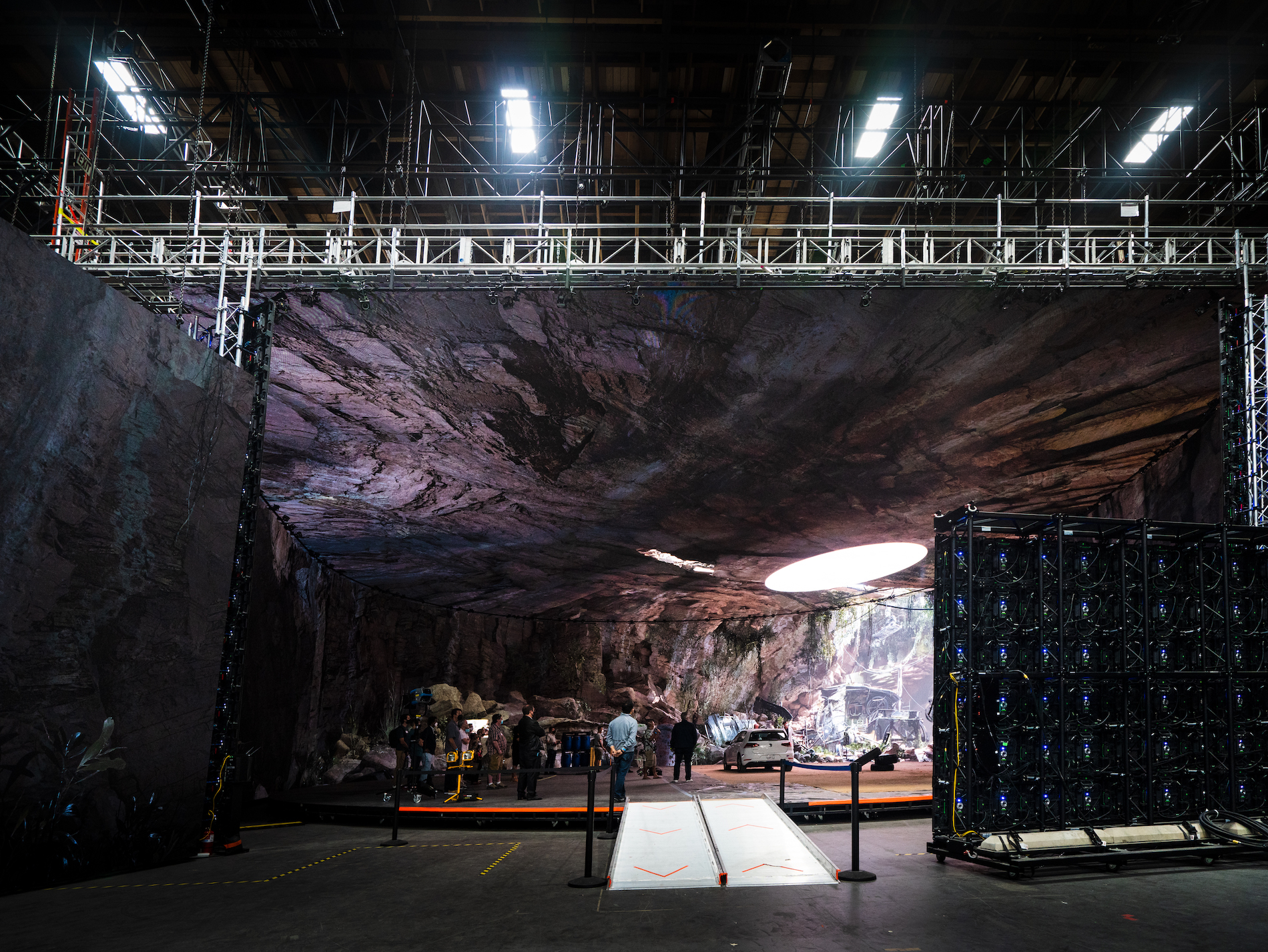 Streaming services have also helped fuel a boost in virtual productions they seek to increase their content libraries, especially as adventure, action, sci-fi, and fantasy are popular among viewers, according to a report by Deloitte. Last year, Netflix purchased Vancouver visual effects company Scanline VFX. Netflix shows that have used virtual production stages include the drama “1899” in Berlin and the sci-fi film “The Midnight Sky” in the United Kingdom. The streamer also utilized virtual production in L.A. for some of the driving sequences in the movie “Blonde.”

Amazon’s virtual stage also deepens its ties to Southern California. Since announcing it was moving its headquarters to Culver City in 2017, Amazon Studios has expanded its footprint locally, with roughly 630,000 square feet in the city, according to CoStar, which tracks real estate data. Amazon has also diversified the type of content it distributes, becoming the home of “Thursday Night Football” and making big bets on original shows like “The Lord of the Rings: The Rings of Power” in an effort to encourage consumers to buy Prime memberships. Earlier this year, Amazon closed on a $8.5 billion deal to buy MGM, including its library of content of movies including the James Bond franchise. There are more than 200 million Prime subscribers worldwide, and more of its customers are signing up because of video content, Amazon Chief Executive Andy Jassy said at a New York Times’ DealBook summit discussion last week. 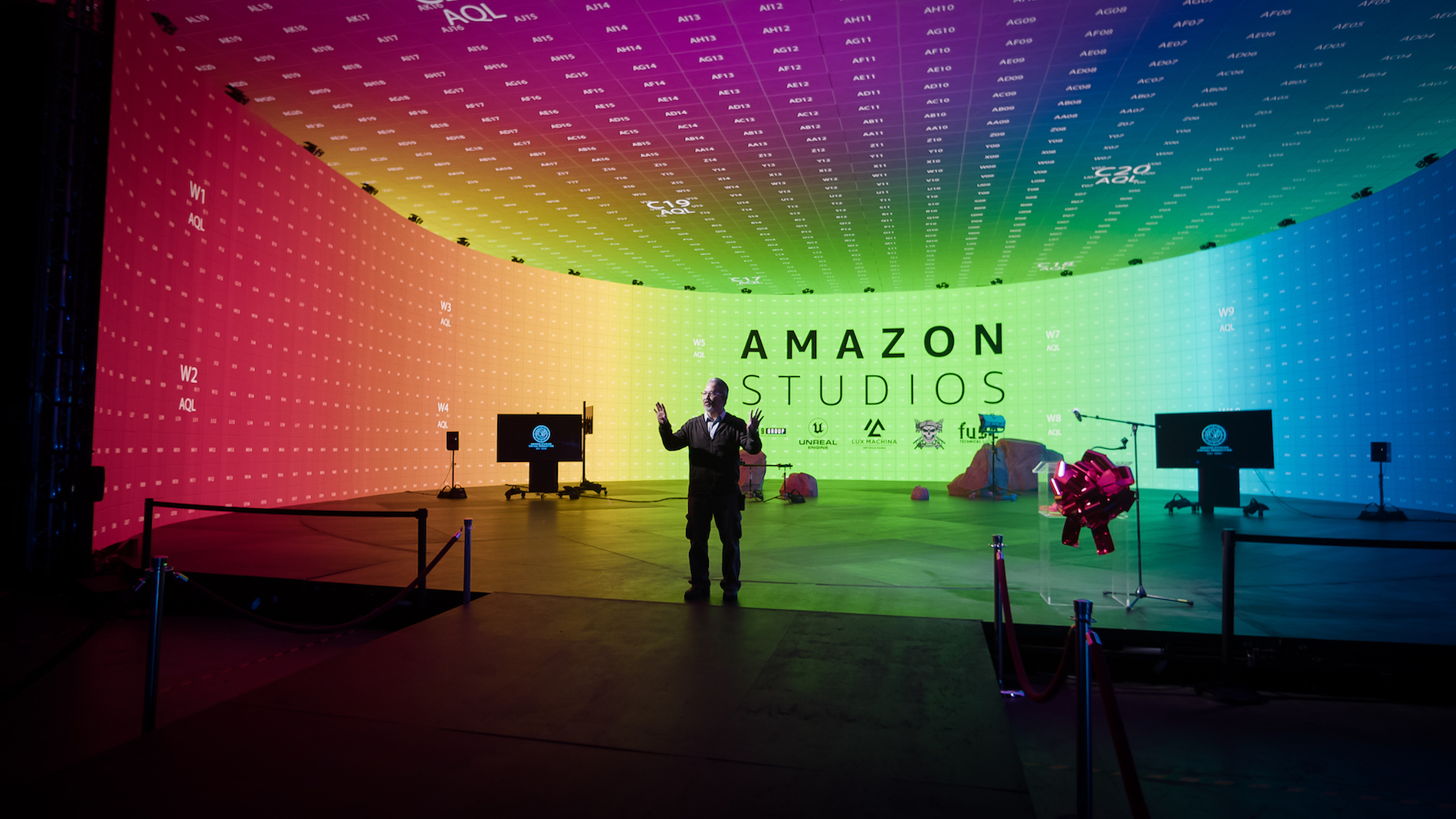 Amazon Studios’ success could also benefit Culver City, where it is one of the largest employers, with roughly 2,700 staffers, according to the city. “More content, more investment, benefits the city in the long run,” said Mayor Daniel Lee. “Amazon’s investment in virtual production is promising if it takes off and Amazon becomes the leader in the space,” said Ryan Patap, senior director of market analytics for CoStar Group. If it is successful, he added, “it is likely to draw more businesses to Culver City.”