In a groundbreaking ceremony, Metro and local elected officials marked the start of work on a nearly $900-million Metro rail station which will provide a long-sought connection with Los Angeles International Airport. 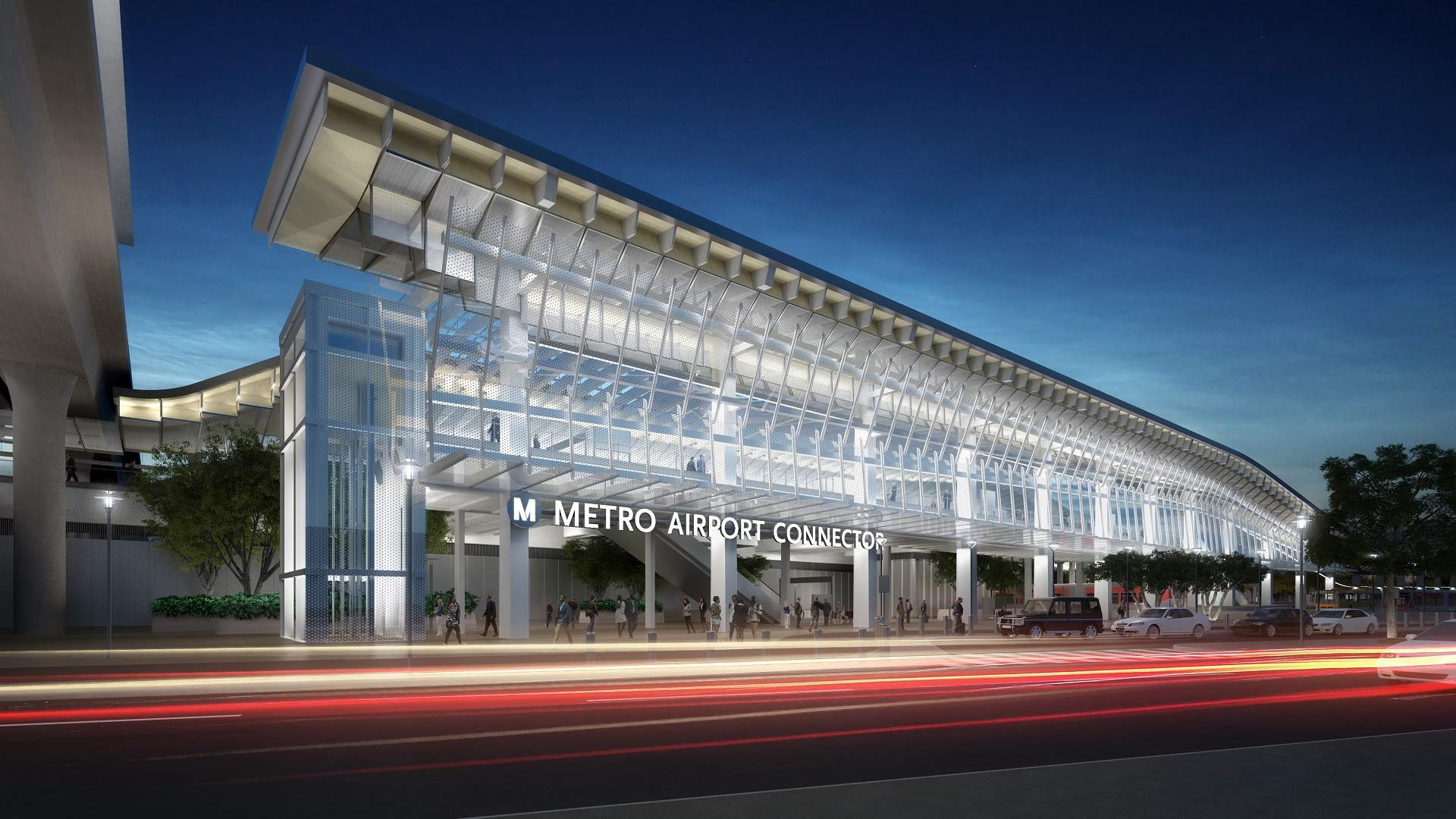 “Everyone traveling to or from LAX should have access to modern, reliable public transportation that gets them to their destination on time,” said Los Angeles Mayor and outgoing Metro Board Chair Eric Garcetti. “The Airport Metro Connector is a historic step toward reimagining how travelers experience our airport — a turning point that will be a source of jobs and economic growth, reduce congestion, and help our airport realize its potential as a world-class gateway to Los Angeles.” 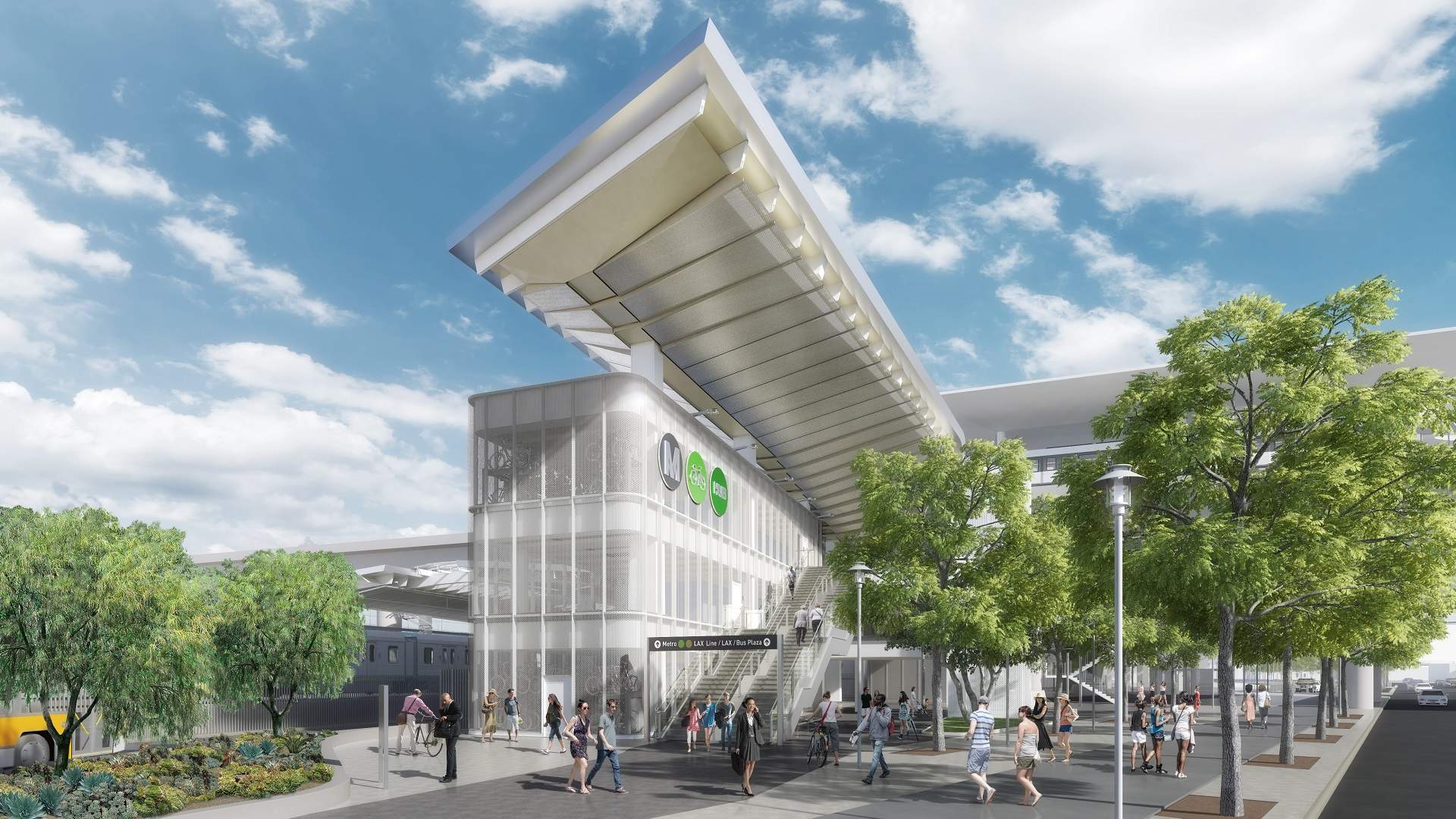 The Airport Metro Connector (AMC), which will rise from a roughly 9.5-acre site at the intersection of Aviation Boulevard and 96th Streets, will allow passengers from the Crenshaw/LAX and Green (C) Lines to access the new LAX automated people mover system. The projects will include: a 16-bay bus plaza with capacity for charging infrastructure; a multi-level active transportation and bike hub; a vehicle drop-off zone; a customer service center; public toilet facilities beyond the fare paid zone; commercial space; and a sculpture by Los Angeles artist Glenn Kaino, which will be incorporated into the station’s hub structure. 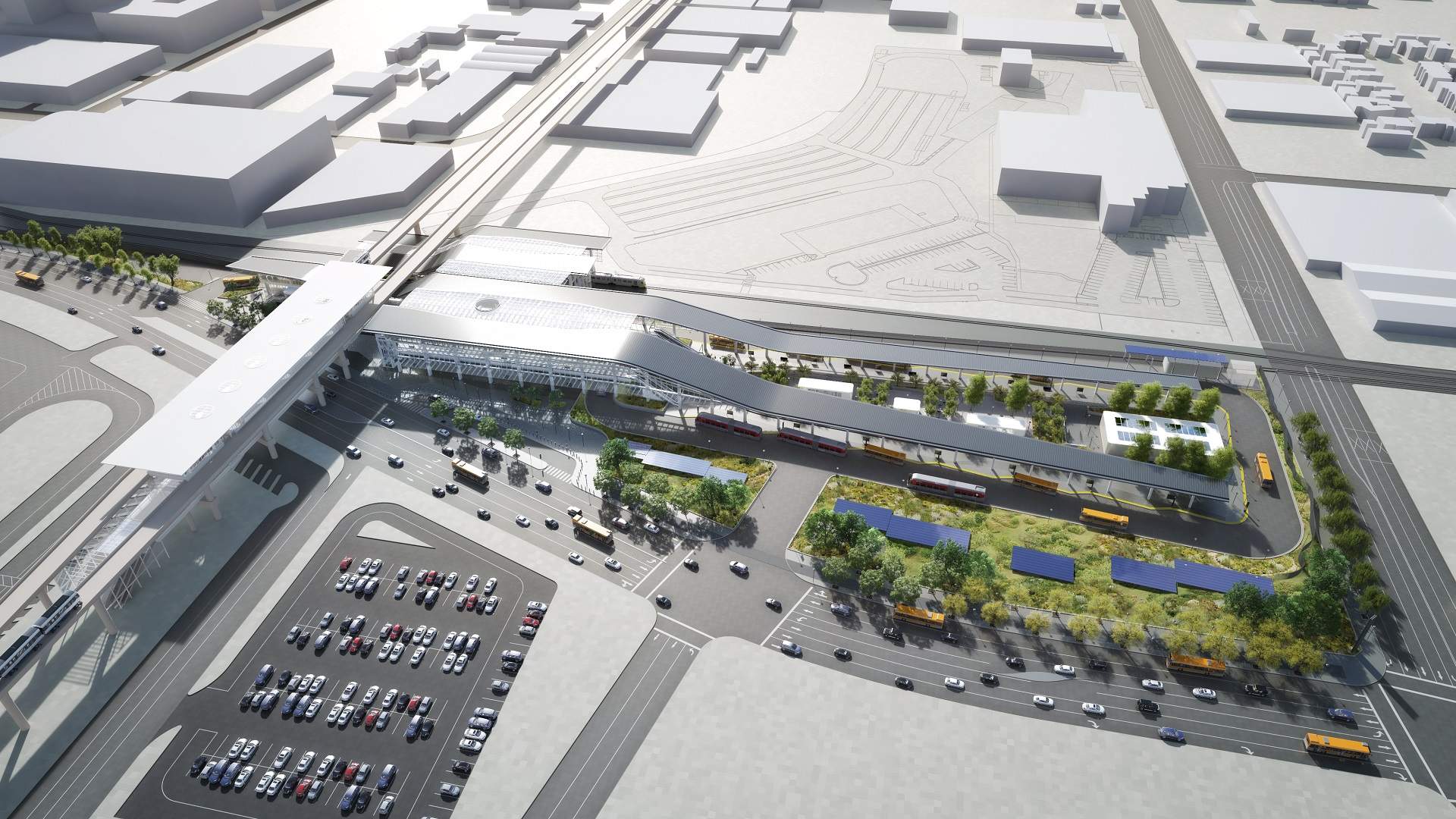 “This is an exciting project that will serve as the “Gateway” to LAX for future generations — just as LAX has long served as the gateway to Southern California for so many millions of people,” said Metro chief executive officer Stephanie Wiggins, who was appointed to the role in April. “The AMC station will also provide multiple connections to the Metro system and will help airport-area employees and travelers easily get to wherever they need to go in our region.” 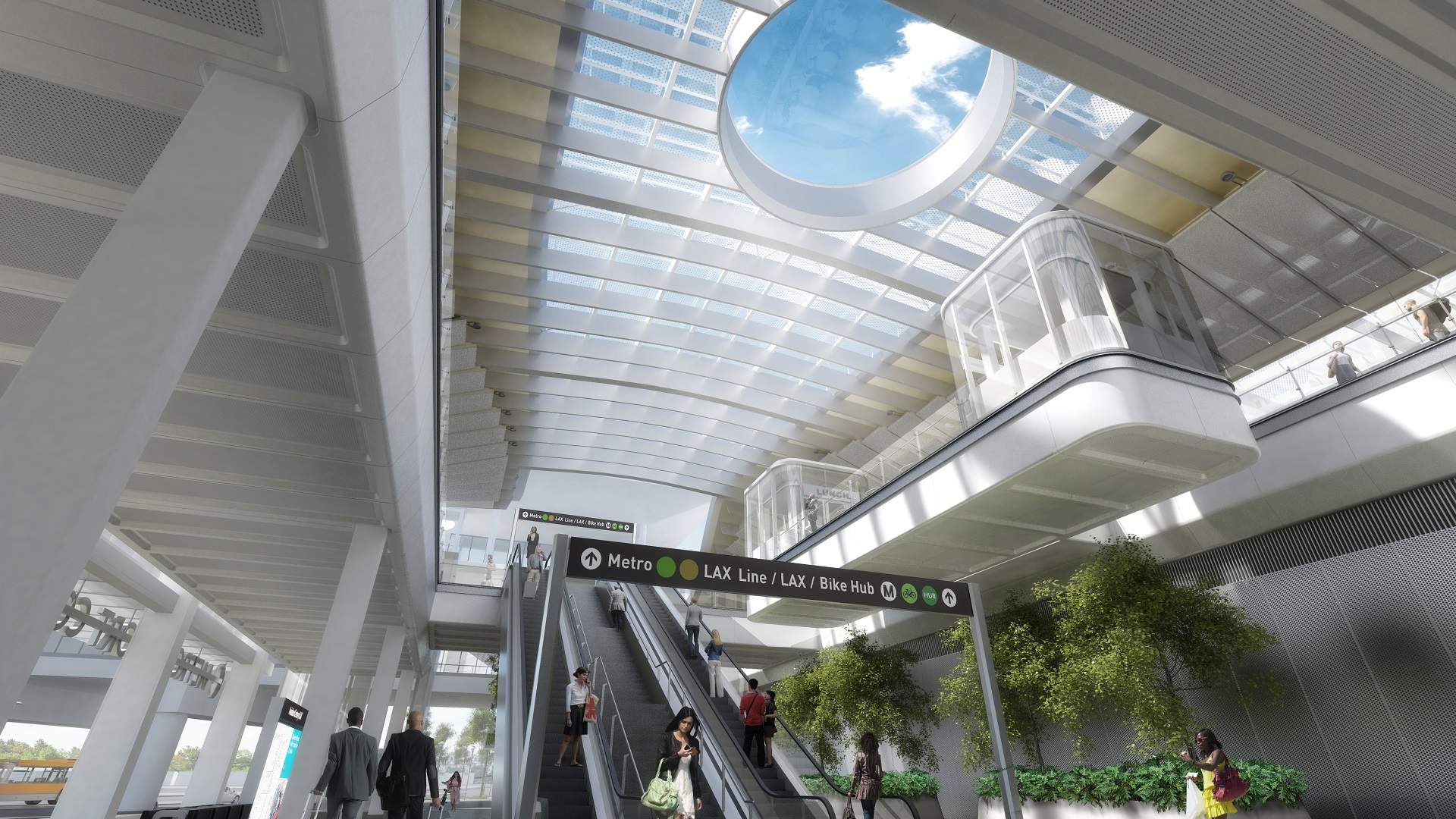 Construction of the AMC station, which is scheduled for completion in 2024, will likely overlap with the launch of the Crenshaw/LAX Line, interrupting service for a period of approximately 20 months.  While trains would not be able to reach the station during that time period, Metro would maintain access to a neighboring rail maintenance and storage facility during the course of construction. 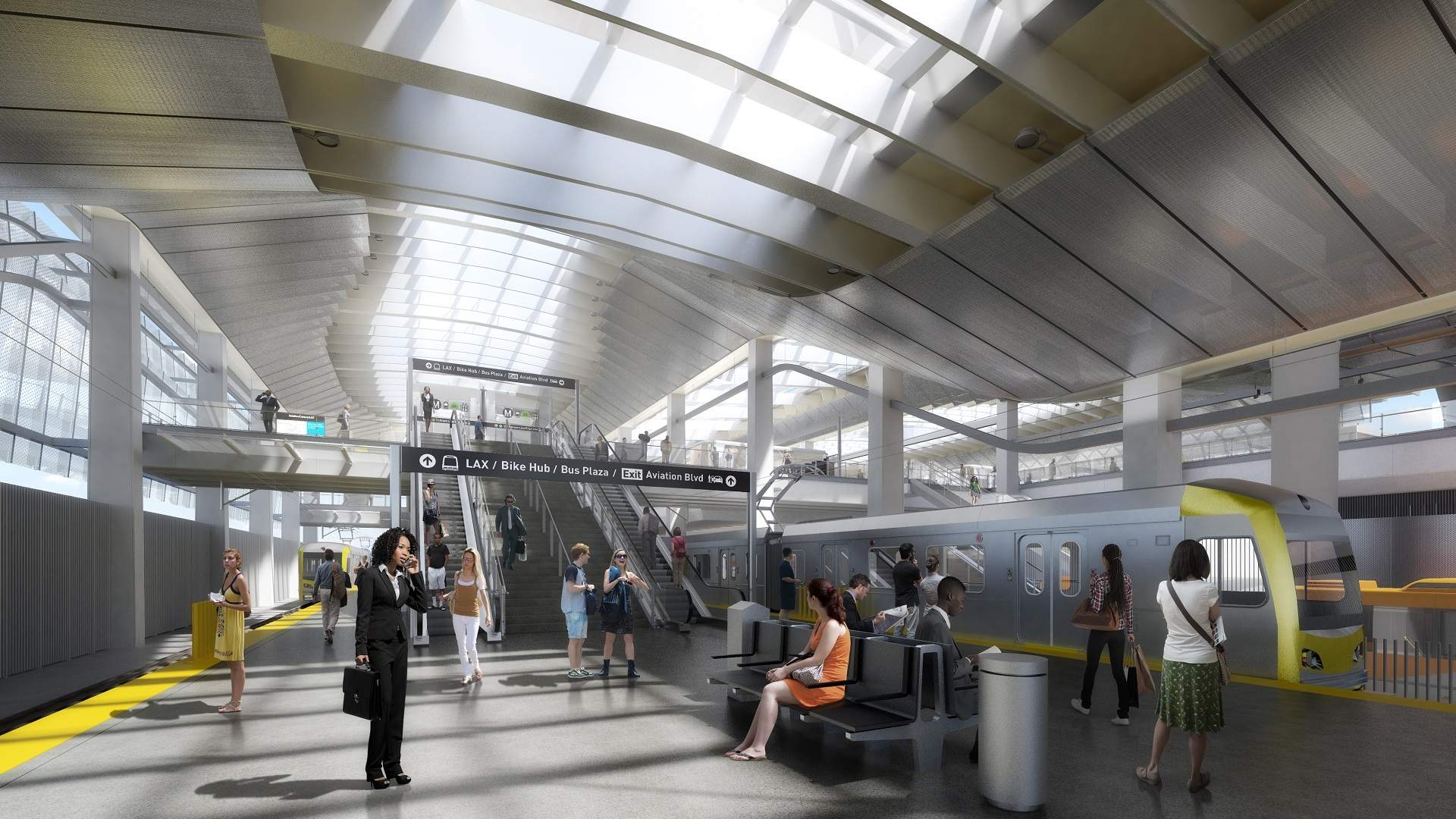 With a price tag of nearly $900 million, the budget for the AMC has increased by $260-million from a pre-construction estimate of $637 million.  Metro has secured just over $711 million in funding for the project, with the remaining gap to be filled using $187 million in Proposition A and C funds.