Singapore’s government is promising 42,000 new homes across five residential districts, the eco-town of Tengah: the first with centralized cooling, automated trash collection, and a car-free town center, which conservationists hope offers a roadmap for slashing carbon emissions in the Southeast Asian city-state.

The development is being dubbed a “forest town” by officials, due to its abundant greenery and public gardens. Once home to brick-making factories, and later used for military training, the 700-hectare (2.7-square-mile) site has been reclaimed by an extensive secondary forest in recent years. A 328-foot-wide ecological “corridor” will be maintained through its center, providing safe passage to wildlife and connecting a water catchment area on one side to a nature reserve on the other.

The project has proven a tabula rasa for urban planners advocating green design principles and “smart” technology, according to Chong Fook Loong, group director for research and planning at Singapore’s Housing and Development Board (HDB), the agency overseeing the country’s public housing.

“Tengah is a clean slate,” he said, explaining that roads, parking and utilities are being pushed beneath the town center. “We’re going for the ideal concept of segregation of traffic, (with) everything underground and then the ground level totally freed up for pedestrians — for people. So, it’s a very safe environment for all.”

“We want a town that allows walking and cycling in a very user-friendly manner,” he added, saying that cycling has “taken off” in Singapore in the “last three to five years especially.” The master plan will see the installation of electric vehicle charging stations, while the streets are also being “future proofed” to accommodate emerging technologies, Chong said. 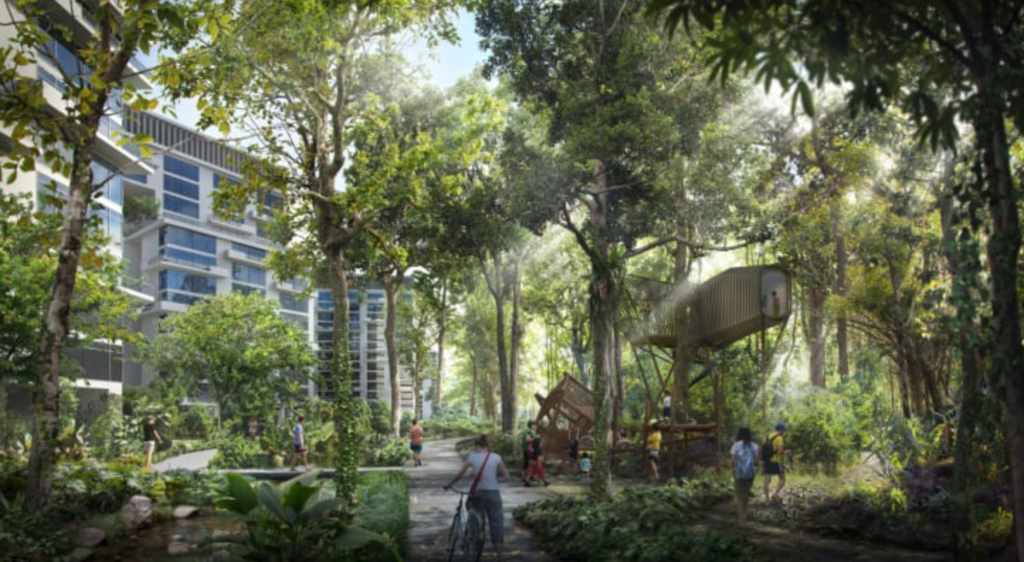 Of the 42,000 homes being built at Tengah, more than 70% will be made available through the HDB on long-term leases. Prices for two-bedroom apartments currently begin at just 108,000 Singapore dollars ($82,000), with the first apartments set to complete in 2023.

All residents will have access to an app allowing them to monitor their energy and water usage. (“You empower them to take control of where they can cut down their energy consumption,” Chong said.) Digital displays in each block will meanwhile inform occupants of their collective environmental impact, which could even encourage competition between residential blocks, according to SP Group. 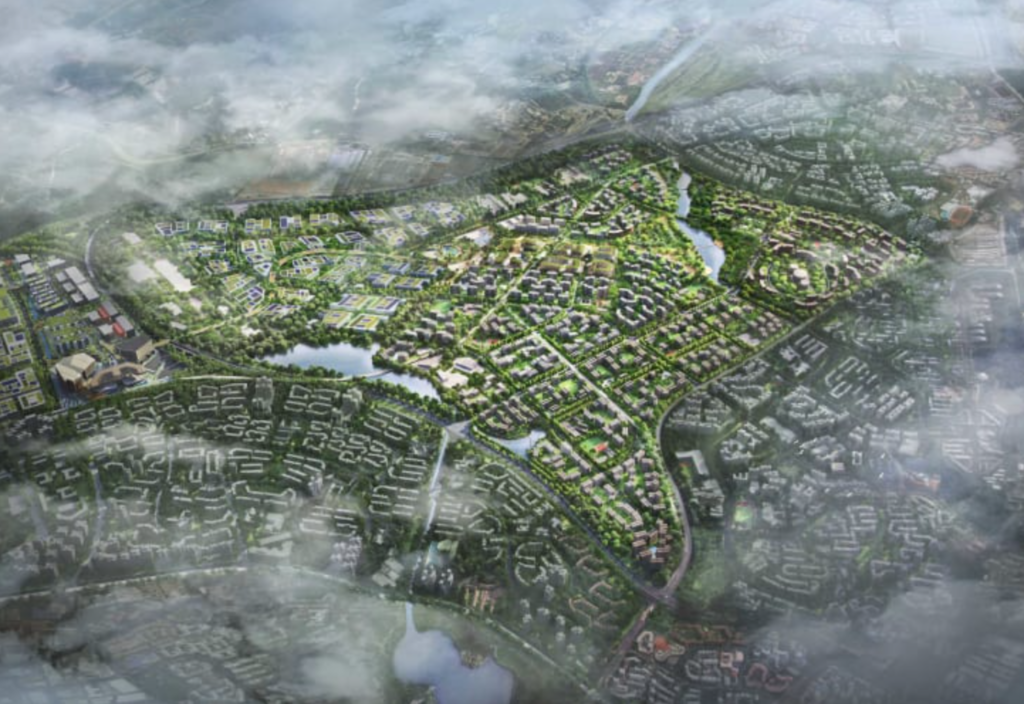 What these urban design initiatives mean for the rest of Singapore remains to be seen. When Tengah was first revealed in 2016, it was the first new town announced by Singapore’s government in two decades, meaning every other neighborhood was designed long before the era of autonomous vehicles and internet-enabled amenities. Chong readily admitted that “it’s not so easy” to retrofit underground road networks and pneumatic trash chutes in existing towns.

Nevertheless, he struck a positive note when asked what Tengah’s model offers future residential projects. “We try to bring all the lessons forward — whenever we can and to the best of our ability,” he said. “You look at Tengah and, in a nutshell, you’re seeing the future of what the (government) is trying to build: the future of towns.”